Here is the Dream11 prediction, live streaming details & more about the Sydney Thunder vs Perth Scorchers, BBL 2021-22 match, to be played at the Manuka Oval. 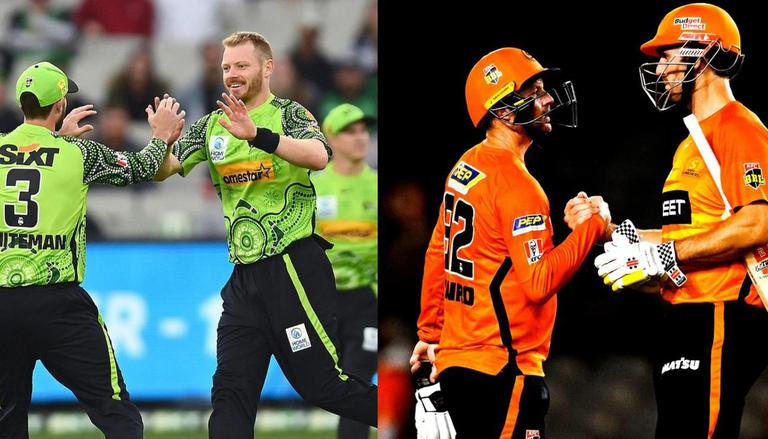 
Perth Scorchers are all set to face Sydney Thunder in match no. 24 of the ongoing Big Bash League 2021-22, scheduled to be played at the Manuka Oval Stadium in Canberra. Scorchers head into this match as the table toppers, having won all of their matches in the season so far and defeating Melbourne Renegades by 21 runs in a high-scoring match.

On the other hand, the Thunder have had a tough season so far following their consecutive losses against Brisbane Heat and Sydney Sixers in their last two matches. While Scorchers sit at the top of the points table with six wins, Thunder find themselves at 5th in the standings with two wins and three losses.

Heading into Tuesday’s match, Thunder will look to turn things around for them and find the winning momentum, whereas, Scorchers, riding high on their unbeaten run, would look to dominate the match.

Mitchell Marsh and Colin Munro will be the top batters form Scorchers who are expected to shine, as Marsh has scored 249 runs in four matches, including an unbeaten 100, while Munro has scored 204 runs in six matches, which includes an unbeaten century of 114 runs.

Ashton Agar and Andrew Tye will be the top bowlers from Perth as both have 10 wickets each to their credit. Meanwhile, Alex Ross and Sam Billings will be the two top picks from the Thunder batting unit as both batters have scored 175 and 169 runs respectively. Tanveer Sangha will be the top pick bowler from the Sydney Thunder.

Cricket fans in India wondering how to watch the Thunder vs Scorchers BBL 2021-22 match, can tune into the live telecast by the Sony Sports Network. The live-streaming of the match will be available on the website and mobile application of Sony LIV. The match is scheduled to start at the Manuka Oval at 1.45 p.m. IST on Tuesday.