The BCCI is set for a windfall of gigantic proportions as the IPL broadcast rights (TV and digital) could fetch the Board up to USD 5 billion for the next five-year cycle (2023-2027) while some high-profile interest is being seen in the bidding process for the two new teams. 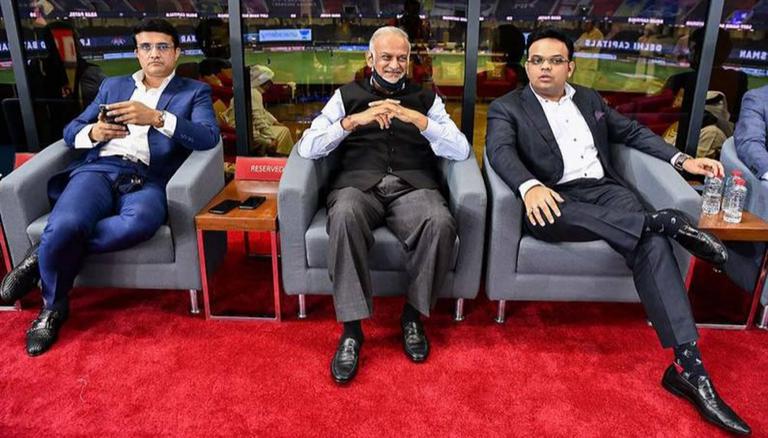 
The BCCI is set for a windfall of gigantic proportions as the IPL broadcast rights (TV and digital) could fetch the Board up to USD 5 billion for the next five-year cycle (2023-2027) while some high-profile interest is being seen in the bidding process for the two new teams.

The current five-year rights (TV and digital) for IPL from 2018 to 2022 are with Star India but, according to people who are in decision-making capacity, the valuation, which is at Rs 16,347.50 crore (USD 2.55 billion) right now, could more than double and reach USD 5 billion (around Rs 36,000 crore approx at current exchange rate).

"There is a well-known US-based company which did send BCCI feelers some time back, expressing their serious interest in bidding for IPL media rights. With 10 teams playing IPL from 2022, the matches will go up to 74 and in any case, the valuation of the property increases," a senior BCCI official told PTI on conditions of anonymity.

"But with two new teams about to fetch anything between Rs 7000 crore to 10,000 crore, the broadcast rights are certainly going to shoot through the roof. So expect the IPL broadcast rights to go for anything above USD 4 billion and maybe up to USD 5 billion," the official in the know of things said.

Any foreign company showing interest in buying IPL properties needs to have an Indian wing.

The last time around, there were only two major players in TV and digital media rights market with Star India handsomely outbidding Sony, who held the rights from 2008-2017.

Any company can also bid separately but if the valuation of the singular composite bid is more than the cumulative amount of singular bids, then that is considered by the Board.

The BCCI is set to release the Tender invitation in Dubai on October 25, the same day when two new IPL teams will also be announced.

The BCCI is expecting robust bidding from both Star India and also Sony, which would like to get the IPL property back in its bouquet.

"Yes, the Glazers have picked up the bid document. Obviously, IPL is now a globally acknowledged sports property and international firms will be interested.

There has been a trend of private companies, which are flush with cash, showing interest but it remains to be seen how many put in the bids, which will be opened on October 25, a day after T20 World Cup match between India and Pakistan.

The BCCI is expecting anything between Rs 7000 crore to 10,000 crore from the team bidding of IPL.

The official then gave the example of Red Bird Capitals, a US-based investment firm which is one of the investors in English Premier League (EPL) giants Liverpool. They currently have 15 per cent stake in IPL franchise Rajasthan Royals.

As PTI had reported some time back, some of the major players who could bid for new IPL teams are the Adani Group, Kotak, pharma majors Aurobindo and Torrent group, and the RP-Sanjiv Goenka group.

The BCCI is allowing consortiums and companies with annual turnover of Rs 3000 crore to bid for teams.

The base price for new IPL teams is pegged at INR 2000 crore.

Will a former India cricketer become a first-time IPL team co-owner?  A very reputed former Indian cricketer and big star of India's World Cup victories might join one of consortiums as a minority stakeholder with his investment.

"Yes, a very well known cricketer has shown active interest in being a part of the new franchises. Yes, he wants to invest his own money and be a part of the consortium.

"He wants to be a minority stake-holder but with his experience, he would want to take the cricketing decisions. Whether any of the new business houses will agree to such a proposal remains to be seen," the source informed.