BCCI In Spotlight Over 'Halal Meat' Mandate For Team India: What We Know So Far

The Board of Control for Cricket in India (BCCI) on Sunday reportedly introduced a new diet plan for the cricketers. One aspect of this is courting controversy 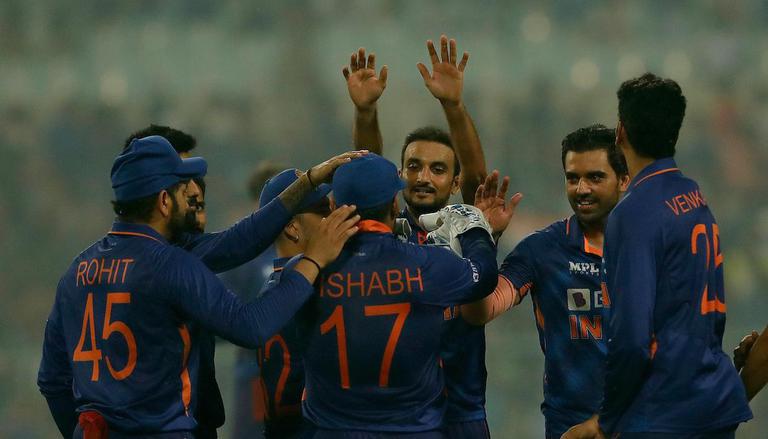 
With the aim of keeping players healthy and fit for the upcoming International Cricket Council (ICC) tournaments, the Board of Control for Cricket in India (BCCI) on Sunday reportedly introduced a new diet plan for the cricketers. As part of the new diet plan, the cricketers have been reportedly instructed that those who wished to have meat, can consume only halal-certified meat, with a complete ban on any other form of meat consumption. There is reportedly also a ban on the consumption of beef and pork in any form.

The BCCI is yet to officially comment on the matter, though it has been reported from various quarters and has provoked significant conversation online.

Halal food is that which adheres to Islamic law, as defined in the Quran, and therefore, some are questioning the BCCI as to why it is being imposed when most of the cricketers in the team are non-Muslim. The cricket governing body, in view of this, is also being asked to take back the halal specification from the diet.

Bharatiya Janata Party's Gaurav Goel was among the leaders questioning this move of the BCCI. On Twitter, Goel posted a video in which he can be heard saying, "Who has given BCCI the right to introduce Halal. You probably don't even know what Halal is. The BJP leader added, "Nation will never allow such an illegal practice of the BCCI. You should immediately withdraw it"

As soon as reports of the new dietary plan began surfacing, the hashtag 'BCCI promotes Halal' started trending on Twitter, with many expressing their views. While some put forth the cricket controlling body questions like 'benefits of Halal meet over normal meet?' others were quick to judge and asked 'who was behind the decision?'

We have asked BCCI the benefits of Halal (Took) meat over Hygienic meat!! We are also interested in knowing the father of this diet plan.#BCCI_Promotes_Halal pic.twitter.com/AshRD4FyzL

⭕️India's national team will be able to eat only ‘Halal certified’ meat as per new diet plan !

Question to @bcci is when most of the players in Indian team are non-Muslims, then why HALAL is being imposed on them ❓️#BCCI_Promotes_Halal pic.twitter.com/eBwYITkA7A

Another example of imposition of Halal on non-Muslims in ‘Secular’ India ! Why non-Muslim cricket players are being asked to consume only Halal food ? Also cricketers should also protest such move by Cricker Board ! #BCCI_Promotes_Halal pic.twitter.com/YLk7IAFMP5

Halal meat involves the killing of the animal through a cut to the jugular vein, carotid artery and windpipe. In this process, blood is drained from the animal's arteries, purportedly ejecting most toxins because the heart continues to pump for a few seconds after slaughter, making it healthier. However, there is no scientific data to prove this.