'BCCI Requested Virat Not To Step Down As T20I Skipper, He Did Not Agree': Sourav Ganguly 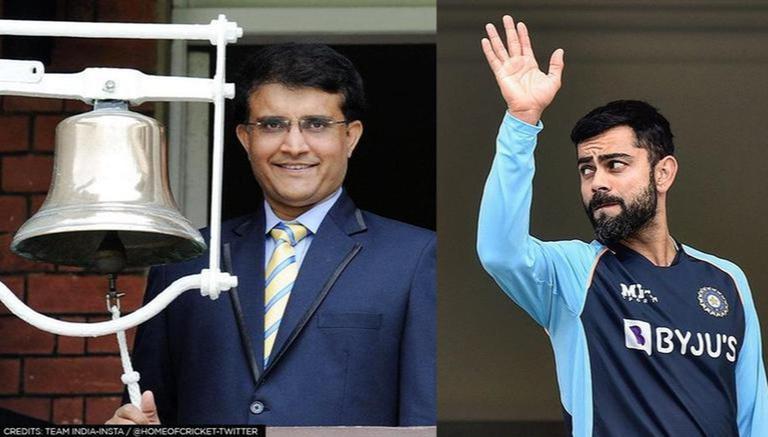 
Former Indian captain and BCCI President Sourav Ganguly has opened up on the decision to appoint Rohit Sharma as captain and said that the board and selectors jointly took the decision as they did not want to different captains for two shorter formats of the game.

Sourav Ganguly further added that the BCCI requested Virat Kohli to continue as captain of the T20I side when he made aware to the board of his decision but said that he (Virat Kohli) did not agree and went ahead to relinquish captaincy. "It's a call that the BCCI and the selectors took together. Actually, the BCCI had requested Virat to not step down as the T20I skipper but obviously, he did not agree. And the selectors then did not feel it right to have two different captains for two white-ball formats," Ganguly told ANI.

"So it was decided that Virat will continue as Test captain and Rohit will take over as the white-ball captain. I as President personally spoke to Virat Kohli and the chairman of selectors has also spoken to him," he added.

READ | Was Virat Kohli relieved of his ODI captaincy due to 'trust issues' in the dressing room?

Virat Kohli sacked: BCCI Prez thanks him for his contributions

Rohit Sharma earlier took over as the T20I captain and now along with the ODI captaincy has also been appointed as India's Test vice-captain.