In a do-or-die Asia Cup 2022 match on Thursday, Sri Lanka held their nerves to beat Bangladesh by 2 wickets and qualify for the super 4 stage of the tournament. 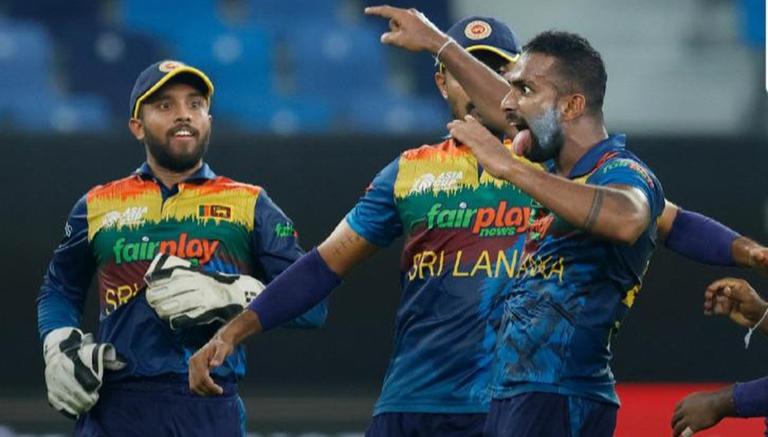 
Sri Lanka secured their spot in the Asia Cup Super 4 stage following their thrilling 2-wicket win over Bangladesh in the Group B match at Dubai International Cricket Stadium, on Thursday, September 1. In a do-or-die game for both teams, it was Sri Lanka who held their nerves, while Bangladesh bowed out of the tournament with two losses. The match also witnessed Sri Lankan players mocking the Bangladesh team by doing the 'Nagin Dance.

Bangladesh mocked Sri Lanka during the 2018 Nidhas Trophy tournament by unleashing the 'Nagin Dance' to celebrate their victory. However, this time Dasun Shanaka's team turn the tables on their opponent by dumping them out of Asia Cup 2022. Not only did they secure a thrilling victory over their opponent but also taunted them by performing the 'Nagin Dance. The video of Sri Lankan cricketer Chamika Karunaratne doing the ' Nagin Dance' celebration has gone viral.

The middle overs of the match saw Bangladesh losing four wickets as Sri Lanka looked to have the upper hand in the match. However, some useful contributions from Mahmudullah (27 runs off 22 balls) and Afif Hossain, (39 runs off 22 balls) brought Bangladesh's innings back on track. Mosaddek Hossain played an unbeaten knock of 24 runs off nine balls helping Bangladesh reach a strong total of 183 runs in 20 overs. For Sri Lanka Maheesh Theekshana, was the pick of the bowlers finishing with one wicket for 23 runs in four overs.

Chasing 184 runs for victory, Sri Lanka opener Kusal Mendis produced an explosive knock of 60 runs off 37 balls at the top which set the foundation of Sri Lanka innings. Bangladesh staged a comeback picking up some crucial wickets which slightly tilted the match in their favour. When the match looked to be slipping away from Sri Lanka's hand skipper Shanaka brought them back into the match smashing 45 runs off 33 balls.

The match came down to the last over, with Sri Lankans needing eight runs off the last over with two wickets in hand.  Asitha Fernando smashed Mehdi Hasan's second delivery for a boundary to take the team closer to victory. Hasan bowled a no-ball in the very next delivery handing the Lankan Lions victory. The Lankans will next face Afghanistan in the Super 4 match