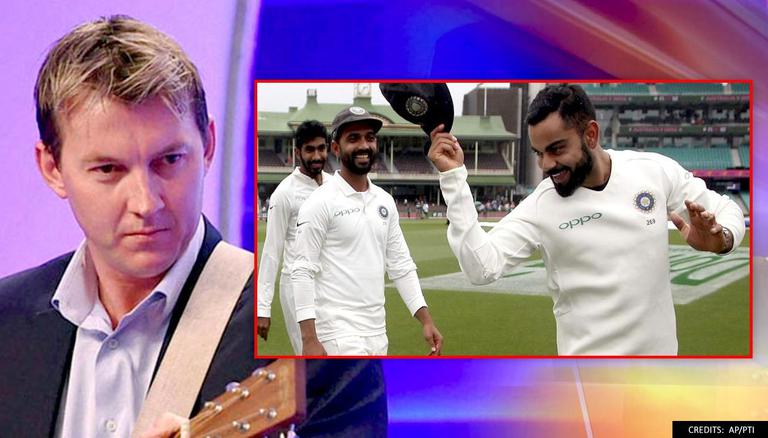 
Former Australian fast bowler Brett Lee has revealed why Team India skipper Virat Kohli will finally lay his hands on an ICC trophy ahead of their highly-anticipated ICC World Test Championship clash against New Zealand at Ageas Bowl, Southampton on June 18. Both the top two teams will be locking horns in a one-off Test match for the biggest prize in red-ball cricket.

'We know that Kohli steps up on the big occasions': Brett Lee

“In terms of the Indian skipper, Kohli, he is such a dynamic player, such a great influencer for the team, world-class batter. We know that that’s a given. But I think that with his emphasis on how important Test cricket is to him, and his team, and his nation, it is going to weigh in very heavily on him and that will improve his performance,” said Brett Lee while speaking to ICC.

“We know that Kohli steps up on the big occasions. And, as you mentioned, he wants to see his side be the first winners of the ICC World Test Championship. It means a lot to him. And I think that will be the talk. Once everything is said and done, once the preparations are done, when they arrive there when the quarantine is done, just before they walk out, I think that will be the last comment. Let us enjoy it but let us become the first side to ever to win this ICC World Test Championship!” the Aussie pace icon added.

Can Virat Kohli the captain get third time lucky?

Meanwhile, Virat Kohli will also be looking forward to winning his first major ICC title as a captain. The batting megastar was a key member of India's World Cup 2011, and, ICC Champions Trophy 2013 triumphs as a player but has not managed to prove his mettle as a skipper in marquee tournaments. Kohli who was named India's full-time captain in January 2007 has led the Men In Blue in two ICC events. India finished as the runners-up in the ICC Champions Trophy 2017 after a humiliating 180-run defeat at the hands of arch-rivals Pakistan and were knocked out from the 2019 World Cup post a heartbreaking loss to dark horses New Zealand in a rain-curtailed semi-final that was played for two days.

READ | Virat Kohli shrugs off favorites tag, says 'we are at equal terms' ahead of WTC final
READ | Virat Kohli set to win fans over after Alyssa Healy's confession dating back to 2005
READ | Rashid Khan gets candid during Q&A session, describes MS Dhoni, Virat Kohli in one word
READ | Brett Lee can't wait to see who comes out on top between Virat Kohli and Kane Williamson
First Published: 5th June, 2021 11:44 IST
SUBSCRIBE TO US