While speaking to the reporters on Friday, Chetan Sharma has expressed his thoughts on the speculated rift between Rohit Sharma and Virat Kohli. 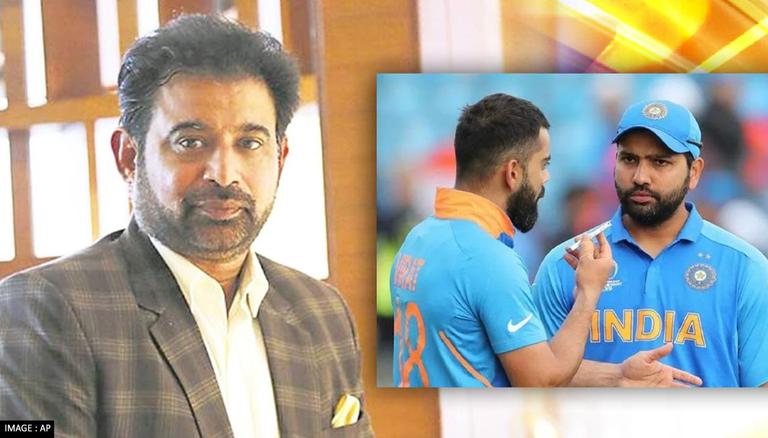 
The year 2021 was quite an eventful year for the Indian cricket team, as the cricket fans witnessed many heartwarming moments like winning a Test series in Australia, to watching India dominate England in England. Skipper Virat Kohli and Rohit Sharma were speculated for having a rift between them, which was sparked by the Board of Control for Cricket in India(BCCI)’s decision to remove Kohli from the ODI captaincy of the Men In Blue and replace him with Rohit Sharma. Meanwhile, BCCI chief selector Chetan Sharma expressed his thoughts on the speculated rift between Kohli and Rohit during his media interaction while announcing the ODI squad for the upcoming three-match series against South Africa.

Revealing his views on the rift between India’s red ball and white ball skippers, chief selector Chetan Sharma said, “Sometimes I read reports about them and laugh. I'm telling you there is such good planning between them about the future. Things are fantastic. If you were in my place, you would have enjoyed watching how these guys are working together as a team and family and a unit”. He further added that the situation becomes sad whenever people make things like this and urged everyone to leave controversies behind in 2021, and talk about making India the best team.

India's squad for the tour of South Africa

Rohit Sharma was named the T20I skipper of India after Kohli hung up his captaincy boots in the T20 format, following the conclusion of the ICC Men’s T20 World Cup 2021. Kohli wanted to continue leading India in the longer formats however, Rohit was named the ODI skipper of India, days before the Indian Test squad left for their tour of South Africa. Rohit didn’t travel with the Test squad due to his hamstring injury but was expected to join the squad for the ODI series.

However, Chetan Sharma announced the ODI squad against the Proteas, which will be led by KL Rahul in absence of Rohit. Meanwhile, pacer Jasprit Bumrah will be the deputy to Rahul for the three-ODI assignment. The Indian Test team currently leads the three-match Test series 1-0, while the ODI series is scheduled to start from January 19.

WE RECOMMEND
Chetan Sharma spills the beans on whether BCCI is worried about Rohit Sharma's fitness
Why Virat Kohli is 'world's best cricket captain'? Former India batter explains
India vs South Africa: Gavaskar wants Virat Kohli to call up Sachin Tendulkar on New Year
Virat Kohli says 'No problem between me & Rohit Sharma, tired of clarifying for 2 years'
IND vs SA: Why Virat Kohli & Co. hold upper hand heading into 2nd Test against the Proteas
Listen to the latest songs, only on JioSaavn.com