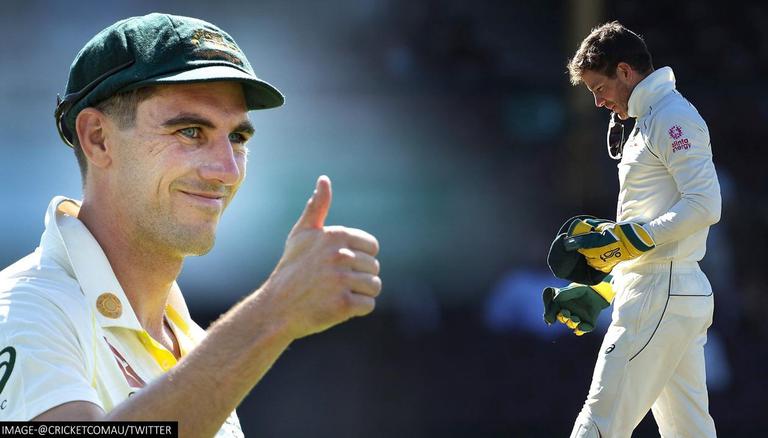 
Tim Paine controversy ahead of The Ashes series not only saw him losing his Test captaincy but also being replaced on the cover of summer's official Ashes video game for digital versions. The latest report from Cricket.com.au shows Australia Test vice-captain Pat Cummins will replace Tim Paine on the digital cover of The Ashes' video game following his sexting controversy.

The report states that while Tim Paine's image will not be found on the digital version the printed physical copies will still feature former captain, making them an instant collector's item. Following Tim Paine's resignation as the Test skipper, the release date of the Cricket 22: The Official game of the Ashes has been pushed back a week until next Thursday, December 2.

As per the report, Big Ant on Tuesday released the updated cover art featuring Cummins alongside Australian women's team captain Meg Lanning. The latest instalment of Big Ant's cricket video game series is promising "the most robust, substantial game of cricket that fans have ever seen" with improved visuals and "extensive improvements and innovations" to both gameplay and graphics.

Tim Paine controversy dated back to 2017 became public recently after her co-worker from Cricket Tasmania accused him of sending an explicit image of himself along with a string of lewd messages. According to the Herald Sun, the woman claimed she was offended by “Mr Paine’s sexually explicit, unwelcome and unsolicited photograph of his private part in addition to the graphic sexual comments”.

Cricket Australia was made aware of the messages back in March 2018 after letters of complaint were sent to Cricket Australia and to Cricket Tasmania where the women worked before resigning in 2017. The report further states that that complaint was made to the Australian Human Rights Commission regarding alleged sexual harassment in relation to the exchange.

Pat Cumins has been touted to be the next Test skipper of Australia following Tim Paine' resignation. The bowler has emerged to be the leader of the Australian pace battery by proving his mettle across formats. The pacer has featured in 34 Test matches for Australia, where he has picked up 164 wickets. While his bowling average of 21.59. The Aussie speedster has picked up five wickets in an innings on five occasions in Test match cricket.

READ | Tim Paine back in action after resignation over sexting controversy; to play in Ashes

WE RECOMMEND
Tim Paine back in action after resignation over sexting controversy; to play in Ashes
'I'm sorry': Tim Paine issues statement after stepping down as Australia Test captain
'Can you drink out of this cup?' Pat Cummins' quirky reply leaves fans in splits
Tim Paine says there might be some people who aren't comfortable travelling to Pakistan
Tim Paine targeted by Barmy Army ahead of the upcoming Ashes 2021 series
Listen to the latest songs, only on JioSaavn.com