Dale Steyn Settles Pant Vs Karthik Debate; 'That Guy Is Going To Win You A World Cup'

Pant was chastised by Steyn, who claimed that the Indian captain had numerous opportunities in the current series but has failed to capitalise on them. 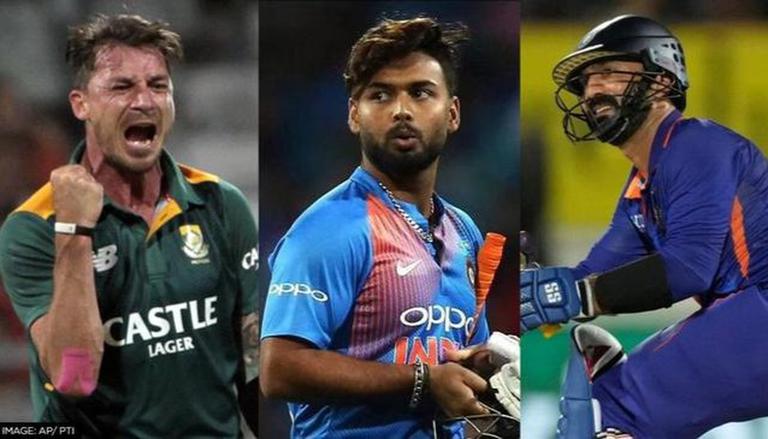 
Former South African bowler Dale Steyn has said Dinesh Karthik deserves a spot in India's World Cup squad based on his current form. When questioned if Karthik has a better chance of making the World Cup team than Rishabh Pant, Steyn said the 37-year-old is "in red-hot form" and deserves to be in the Indian team for the marquee event. Pant was chastised by Steyn, who claimed that the Indian captain had numerous opportunities in the current series but has failed to capitalise on them. Pant, he said, is not learning from his mistakes, as good players always do. As a result, Steyn believes Karthik should be named to India's World Cup squad.

"Pant has had four opportunities now in this series where he just seems to be making the same mistake. Also you think that good players learn from their mistakes...but he hasn't. And DK has come up just every single time and just shown what a class player he is. I think if you want to win a World Cup, you pick a guy that's in form. That guy is going to win you a World Cup. If he is in a purple patch and is red hot, you pick that guy. Teams will pick on reputation but DK is in such fantastic form, and if he continues this form he is gonna be one of the first names written down on the plane when India tour for the World Cup later this year,” Steyn said on ESPNcricinfo.

Karthik has shown outstanding form in the ongoing five-matches T20I series against South Africa. Karthik, according to Steyn, has a wonderful wicket-keeping mentality and understands the game well. He went on to say that Karthik understands what bowlers are attempting to do and responds with a high level of skill by playing shots like reverse sweeps and laps. He further stated that Karthik is able to put the bowlers under pressure from the word go, which makes him a formidable player in the shortest form.

READ | 'For about 3 years, I've been looking': Dinesh Karthik reveals what led to India comeback

"DK has been in phenomenal form, looks like he is just getting better and better. He has got the great wicket-keeper mentality, he reads the game very well. He knows and understands what bowlers are looking to do and he backs it up with really good skill, his reverse sweeps, his laps, his sweeps. Shots being played by somebody who understands the game and reads the game well and understands what the bowler's gonna bowl before he's run-up to bowl. He does it so well. He puts the bowlers under pressure the first ball and the guys just don't have an answer for him," Steyn added.

Karthik scored a quickfire 55 off 27 balls during the fourth T20I against the Proteas. His knock included nine boundaries and two sixes, which he scored with a strike rate of 203.70. When Karthik came to bat, India was reeling at 81/4 in 12.5 overs. He turned the match in India's favour by playing an explosive inning alongside Hardik Pandya, who smashed 46 off 31 balls. Thanks to Karthik's scintillating knock, India was able to put a total of 169 runs in 20 overs. Indian bowlers then came into action to dismiss the visitors for a mere 87 runs. India won the game by 82 runs.

Karthik has played four matches and has scored 92 runs at an average of 46.00 and with an impressive strike rate of 158.62. Pant, on the other hand, has had a pretty tough series with the bat, scoring just 57 runs in four matches at a dismal average of 14.25 and with a strike rate of 105.55. Pant has not scored a single half-century in the series despite coming to bat at the No. 4 position. However, despite Pant's dipping form, his place in the T20 World Cup as India's primary wicket-keeper is almost certain.