David Warner Gives Blunt Response To Fan Who Wanted Him To Lead SRH Again; 'No Thanks' 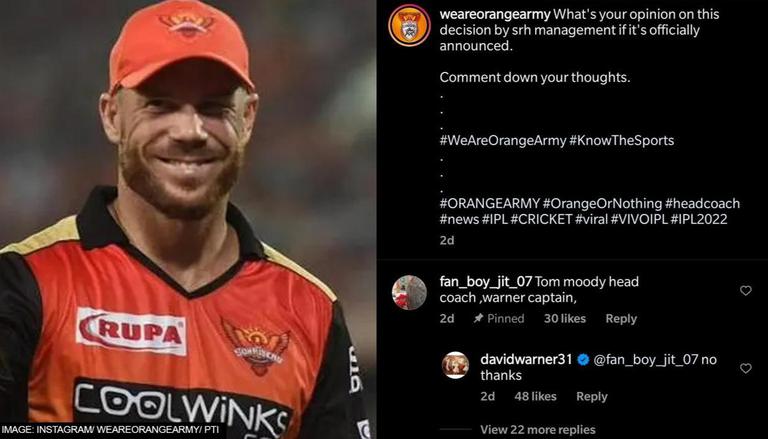 
Over the years, David Warner established himself as a household name among cricketing fans in Hyderabad and was among the fan favourites. The player is also the only player to have won the Orange Cap thrice, having topped the charts in 2015, 2017 and 2019. However, the player endured a disappointing IPL 2021 season and was first stripped from captaincy before eventually being dropped.

The player had already hinted that his time with the Sunrisers Hyderabad was over, and the club management too showed no keenness in the player. With this many thought, it was the end of David Warner and that he was beyond his prime but the player silenced critics by playing a crucial role, which also saw him end the tournament's second-highest run-scorer and was also adjudged the Player of the Tournament as Australia won their maiden T20 World Cup trophy.

With the IPL 2022 mega auction nearing, the IPL franchises were given time until the end of this month to retain players. Taking to Instagram, one of the SRH fan pages had asked the fans to comment on the reports suggesting that Tom Moody might return as Sunrisers Hyderabad coach, to which one of the fans wrote: "Tom Moody Head Coach, David Warner Captain", to which David Warner brutally replied "no thanks", thereby confirming that he is not open to a return to SRH captaincy. The fans might not see him don the 'Oranges' in the upcoming IPL 2022.

READ | Kapil Sharma runs into two Indian cricketers on flight; Guess who are they 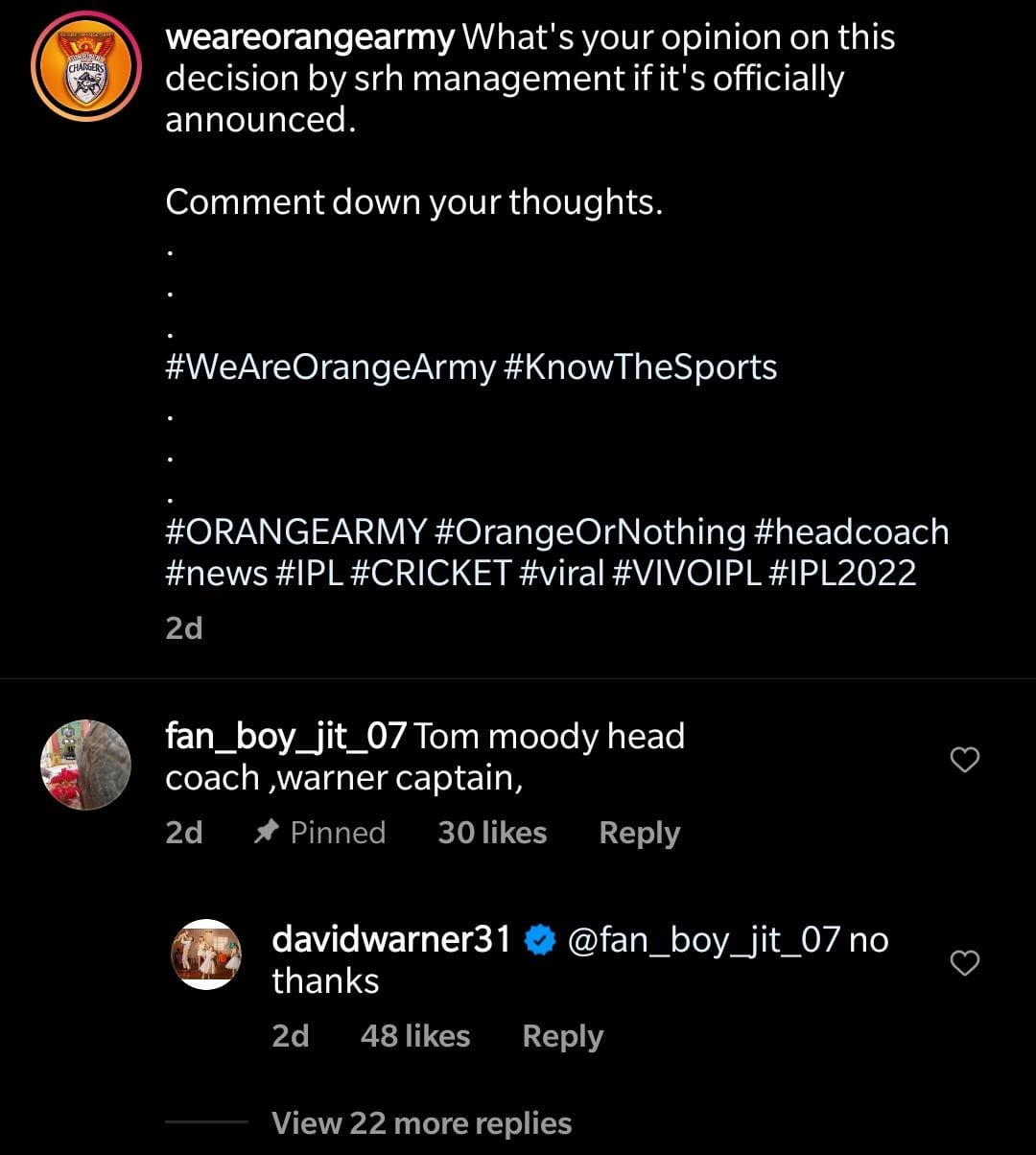 Meanwhile, with the mega-auctions for IPL 2022 is just around the corner, and each franchise has the option of retaining up to four players. As for Sunrisers Hyderabad, the team might decide against retaining any of the Indian players, with Kane Williamson and Rashid Khan the two players the franchise wants to retain. Each team can retain a maximum of two foreign players.

David Warner too hinted that Kane Williamson is likely to retain his place with the Hyderabad side and asked fans to continue giving their support as his friend "Kane" would still be there.

As for David Warner, the player is likely to go back into the Auction unless approached by either of the two new franchises in the drafts. If Warner goes into the auction, given his abilities with the bat and the leadership skills, he would be in demand.

WE RECOMMEND
As David Warner smashes 50 in T20 WC final, Fans slam SRH; 'He got disrespected in IPL'
Rising from the Ashes: David Warner turns T20 World Cup hero after IPL snub by SRH
IPL 2022 Auction: Will Suresh Raina be dropped from MS Dhoni-led CSK next year?
Sachin Tendulkar explains why David Warner didn't review his dismissal against Pakistan
Australia's David Warner smacks 'most dead ball in Cricket history' for 6; knocks Pak out
Listen to the latest songs, only on JioSaavn.com