David Warner was quick to hit back at the England cricket team's fan club the Barmy Army reminding of country's Euro 2020 final loss to Italy on Monday. 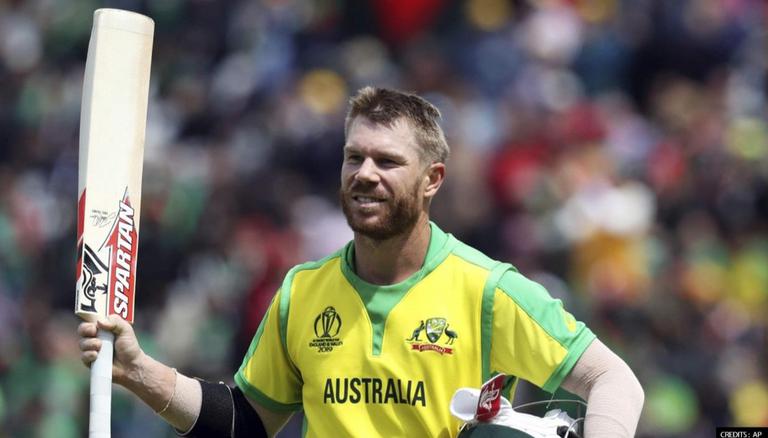 
Australian opener David Warner came out to defend his Australian teammate Cameron Bancroft who was subject to a jibe from England's Barmy Army following his dismissal in a county match. Currently, Bancroft is representing Durham in the English county League as he continues to fight his way back into the Australian national team setup.

A video was shared by Barmy Army on its Twitter handle in which England pacer Stuart Broad claimed Cameron Bancroft's wicket during the ongoing county match between Durham and Nottinghamshire. The Australian batsman faced just three deliveries before being trapped LBW by Broad for a duck.

Broady with another Aussie in his back pocket 😍 pic.twitter.com/F0yxutQdrG

Sharing the video of his dismissal, Barmy Army wrote Broad with another Australian batsman in his back pocket. David Warner was quick to hit back at the England cricket team's fan club reminding of the country's Euro 2020 final loss to Italy on Monday. After regulation and extra time ended with 1-1 scoreline, Italy defeated England 3-2 on penalties to clinch the Euro 2020 title. Here's what Warner had to say to the Barmy Army tweet

However, the Barmy Army did not stop there as they went after David Warner with a tweet in which Stuart Broad can be seen celebrating Warner's wicket. The tweet directed towards Warner was a reminder of his poor outing during the Ashes series in 2019. In that series, Broad made Warner his bunny dismissing the lefthander seven times during the series. Warner could only score 95 runs in 10 innings. Australia had managed to retain the Ashes last time around by drawing the series and will be aiming to retain the trophy by defeating England at home this year. Warner who had a poor series in England will be hoping to put up a better performance for the team on their home condition.

As per the Ashes 2021 schedule, the 5-Test series against Joe Root led England team will begin with the first Test at The Gabba from December 8-12. The remaining four Tests will be played at the Adelaide Oval (December 16-20), Melbourne Cricket Ground (December 26-30), Sydney Cricket Ground (January 5-9) and Perth Stadium (January 14-18). This year, the SCG will be hosting the fourth Test match rather than the series finale which has been a traditional host for 26 years.