David Warner revealed who is the better boundary fielder between him & Kieron Pollard; he also confirmed his availability for 2nd leg of IPL 2021 from Sept 19. 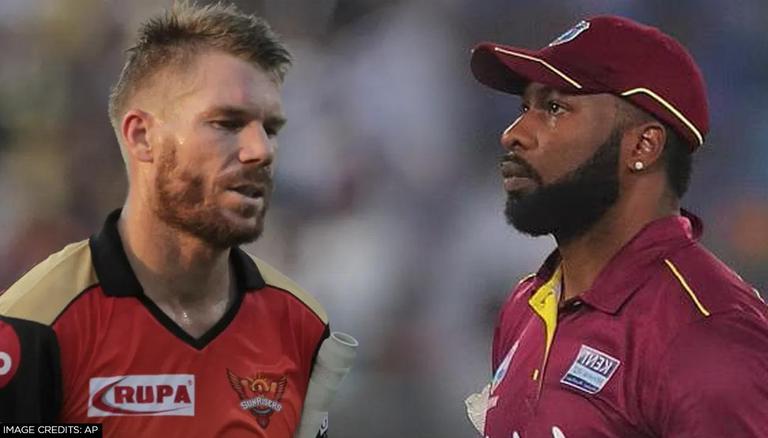 
West Indies skipper Kieron Pollard is one of the finest T20 players in the world. Pollard is noted for his exceptional all-round abilities, as he continues to impress fans in all three areas anytime he takes the field, whether for his country or a domestic team. Pollard and Australian legend David Warner were recently featured in a post released by Global T20 Canada, asking fans to vote on who is the better at the long-off region. Warner himself responded to the post, praising Pollard and revealing why the Caribbean icon is a better boundary fielder than him.

"Who would you pick to field at Long off Boundary?" Global T20 Canada wrote in its post while conducting a poll to find out the better boundary fielder between Pollard and Warner. Reacting to the post, Warner responded by saying, "He’s only 3 feet taller than me". Warner admitted that Pollard is a better boundary fielder than him because of the advantage he enjoys over his height. Warner prefers to field inside the circle and is adept at catching and stopping the ball as soon as the batsman strikes it. 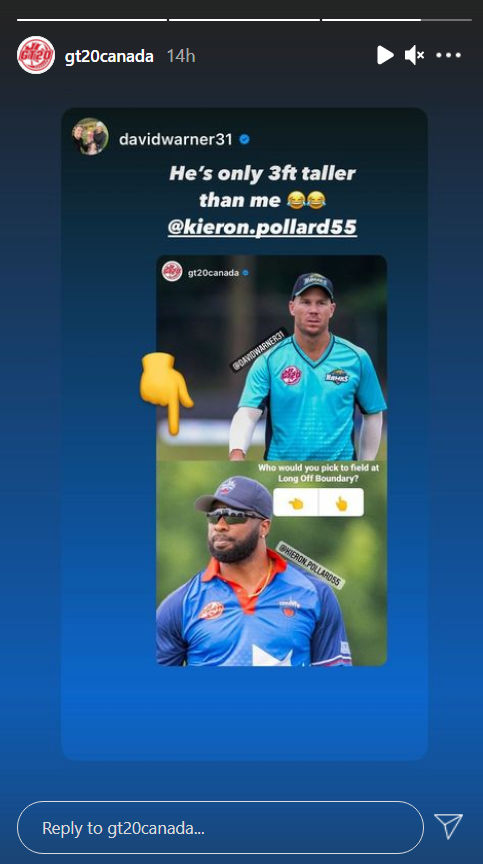 Warner on Wednesday, August 10, confirmed his availability for the second leg of IPL 2021, which is scheduled to be held in the UAE. The 34-year-old batsman turned to social media to upload a photo of himself in Sunrisers Hyderabad (SRH) jersey with the message "I will be back," announcing his participation in the second half of the premier T20 tournament. Warner's availability in the second leg of the IPL 2021 has been a question mark, as has the availability of other overseas players.

Warner has been SRH's most successful captain, having led the team to its first title in 2016. Warner is also recognised as one of the greatest IPL players of all time, thanks to his consistent batsmanship across several seasons. Warner is the most successful foreign player in the cash-rich tournament's history, trailing only Virat Kohli in terms of most runs scored. Between the 2015 and 2019 editions of the tournament, the Australian batting sensation was awarded the Orange cap three times.