IPL 2021: David Warner posted an Instagram story on Thursday to suggest that the Sunrisers Hyderabad team has not been 'real behind his back.' 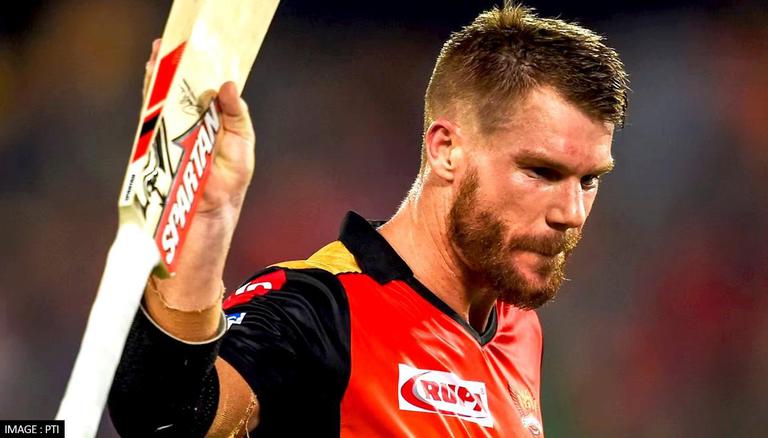 
After Sunrisers Hyderabad (SRH) lost to Punjab Kings on September 25, the coach and the team's staff made a shocking decision to drop former captain David Warner from the playing XI. SRH coach Trevor Bayliss said that Warner was dropped because the team wanted to give youngsters a chance since they could no longer qualify for the playoffs.

However, the Australian opener's latest cryptic story on his Instagram handle suggests otherwise.

David Warner posted an Instagram story on Thursday which suggests that the team has not been 'real behind his back.' The Australian opener was not a part of the playing XI in SRH's last two games against the Rajasthan Royals on September 27 and against Chennai Super Kings on September 30. Having led SRH to several successes in the past, it is fair to say that Warner has had a drastic fall in the IPL 2021 season. 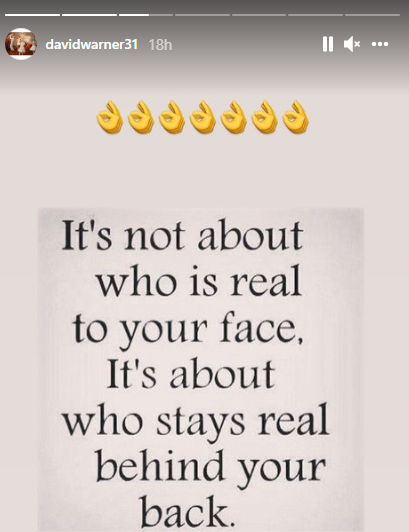 The 34-year old led the team to the 2016 IPL title and also helped them qualify for the playoffs in the following seasons. However, in the IPL 2021 campaign, he was not only initially stripped of the captaincy in the first half of the season, but then now he is also made to sit back at the hotel, and not being able to take part in crucial matches for SRH. It seems this was the reason for Warner to take a dig at the team management via a cryptic Instagram story.

After defeating the Rajasthan Royals on Monday, the Sunrisers Hyderabad coach Trevor Bayliss gave an update on David Warner's future at the franchise. He said, "We can't make the final, so have made a decision that we want the young players to experience not just the matches but time at the ground, around the set-up, and for this match, we made the decision.  He was not the only experienced player we left back at the hotel [Kedar Jadhav and Shahbaz Nadeem were the others]."

WE RECOMMEND
CSK vs SRH Dream11 Prediction: Head to head, top picks, team news and more
IPL 2021: Irfan Pathan says SRH's 'clear cut signal to Warner' means they're looking ahead
IPL 2021 | SRH vs MI, RCB vs DC to be played concurrently on October 8
David Warner gives savage reply to fan who wants him to score century in IPL 2nd phase
SRH vs RR: David Warner provides update on his Sunrisers Hyderabad future after IPL 2021
Listen to the latest songs, only on JioSaavn.com