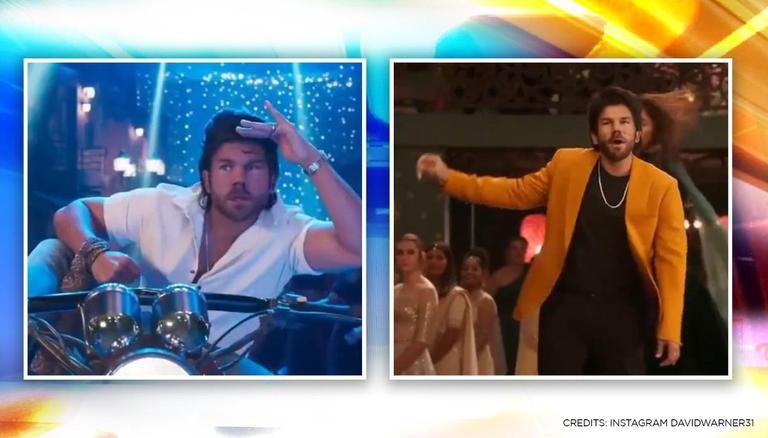 
Fans seem to have really missed David Warner’s videos where he pays a tribute to South stars by using visual effects. That was the reason why the cricketer’s transformation into Tamil actor Dhanush recently flooded him with similar requests. The Australian obliged immediately as he 'deepfaked' himself into Telugu actor Allu Arjun.

David Warner used the Reface app to transform himself into Allu Arjun from his hit movie Ala Vaikunthapurramuloo.  The opening batman looked convincing stepping into the shoes of the star, flaunting his stylish jackets and dance moves, and one-liners, from the video of the song Ramulo Ramulo.

David seemed to refer to the response to the previous Dhanush video and quipped that he had received a million requests. He stated that it was one of his favourite songs and also tagged Allu Arjun.

The video received praises and love galore from fans. However, one of the best responses came from his wife Candice, with whom he had made the viral video from the same movie, on the song Botta Bumma. She jokingly asked if he was feeling bored during the lockdown.

David quipped that he now understood what it meant like to spend time with him, as the 14 days would have been ‘torture’ for her as he was sending himself 'crazy.' The crickterer seemed to be in quarantine after reaching Australia back after playing the now-suspended Indian Premier League.

This is also not the first time that Warner was seen in the Allu Arjun look. A few weeks ago, a fan had made an edit of David in various South stars’ avatars, one of which was with Allu Arjun.