Dinesh Chandimal's 200 in the Galle Test made him the first Sri Lankan batsman to score a double century in Test cricket against Australia. 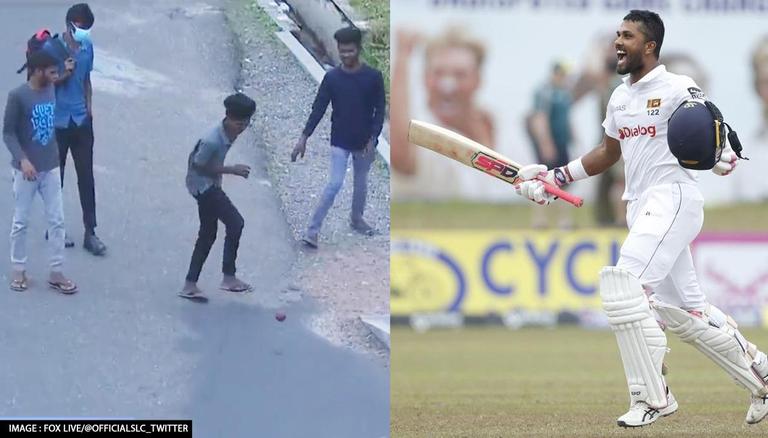 
Playing Test cricket for your country is a dream for any cricketer and scoring a double century is like icing on the cake. The SL vs AUS 2nd Test saw the host winning the Galle Test match by an innings and 151 runs courtesy of a double century from Dinesh Chandimal and an excellent bowling performance from Prabath Jayasuriya. The veteran cricketer (Chandimal) not only scored a double century but also created a significant record against the Australians.

The 32-year-old Chandimal smashed Australia pacer Mitchell Starc for a boundary and two back-to-back sixes to reach the double century. The first sixes hit a boy walking outside the stadium, while the second one took him past the 200-run mark. Dinesh Chandimal's 200 in the Galle Test made him the first Sri Lankan batsman to score a double century in Test cricket against Australia.

The former Sri Lanka skipper even went past the previous best score of 192 runs, scored by Lankan legend Kumar Sangakkara against Australia in Hobart back in November 2007. Chandimal has been playing for Sri Lanka across all three formats since 2010 and has seen his career graph going up and down as he never really cemented his place in the national setup.

READ | Govt bats for cricket tie on Aug 22 as part of 75 years of Independence Day celebrations, writes to BCCI

After bowling out Australia for 364 runs in their first innings, Sri Lanka piled on 554 runs courtesy of a fine batting performance from Dinesh Chandimal. The middle-order batsman remained unbeaten on 206 runs in the first innings. Dimuth Karunaratne (86), Kusal Mendis(85) and Angelo Mathews(52) were the other contributors with the bat for Sri Lanka. Opening batter Pathum Nissanka was ruled out before play started Monday becoming the sixth Sri Lanka player to contract the virus

The overnight pair of Chandimal and Ramesh Mendis added 68 before Starc provided the breakthrough trapping Ramesh right in front of the wicket for 29 runs. The left arm pacer nearly had the wicket of debutant Maheesh Theekshana having him caught behind but the batsman successfully reviewed the decision. While Chandimal went after Australian bowlers he also kept on losing partners at other end.  Prabath Jayasuriya was dismissed for nought clean bowled by Starc for nought, before Swepson claimed the final wicket. Australia in their second innings was bowled out for just 151 runs with Prabath Jayasuriya accounting for six Australian wickets helping the team to victory on Day 4.