Karthik, however, admitted that he would very much like to play for the national team in other formats and that he is working towards making a comeback. 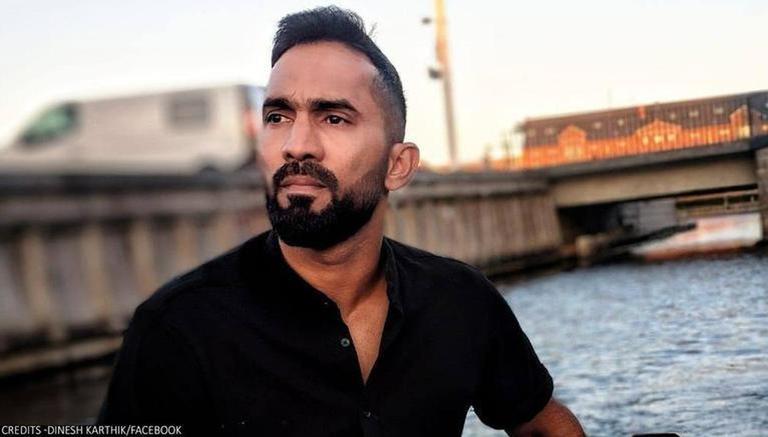 
Indian wicketkeeper-batsman Dinesh Karthik on Saturday revealed his cricketing plans for the future and why he wants to keep away from the domestic red-ball games. Karthik, while speaking to Aakash Chopra on the latter's YouTube channel, said he will not play red-ball cricket for his state Tamil Nadu as he doesn't see any future for himself in the longest format, and also it will block the chances of budding wicketkeeper-batsman N Jagadeesan, who is currently eyeing a spot in the Indian squad. Karthik, however, admitted that he would very much like to play for the national team in other formats and that he is working towards making a comeback.

Karthik's last appearance for India in the white jersey came way back in 2018 during India's last assignment to England. He got a chance in the first two Tests purely as a batsman but failed to prove his mantle and was subsequently dropped from the team. Karthik represented India in the 2019 Cricket World Cup in England, where he played his last ODI game against New Zealand in the semi-final of the competition. Karthik's last T20I game had come against Australia in February 2019.

Karthik is presently contracted by the British TV channel Sky Sports to cover the ongoing five-match Test series between India and England. Karthik made his commentary debut in June this year when India and New Zealand locked horns in the final of the World Test Championship. Karthik was named in the elite panel of commentators by the ICC alongside legendary advocates of the game such as Sunil Gavaskar, Nasser Hussain, and Kumar Sangakkara.

Talking about the new innings in his life, Karthik said he is enjoying doing commentary in England at the moment but will definitely return for the second phase of IPL 2021 in the UAE. Karthik also said that he would like to play for India in the upcoming T20 World Cup, where cementing a place is going to be really difficult looking at the strength that India has as a backup. The former Kolkata Knight Riders captain is expected to join the camp in mid-September after the conclusion of the Test series between India and England.