The Kohli-led side arrived in the UK on June 3 and is currently undergoing their mandatory isolation period at an on-site hotel in Southampton. 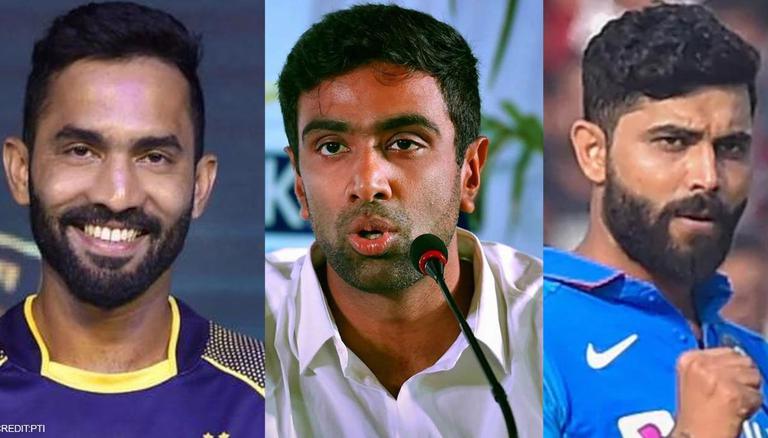 
Indian wicketkeeper-batsman Dinesh Karthik is in favour of playing spin duo Ravichandran Ashwin and Ravindra Jadeja together in the World Test Championship (WTC) final against New Zealand. Karthik, who is part of the international commentary team for the WTC final, said playing Jadeja and Ashwin together in Southampton could turn out to be a key factor for the world's No. 1 Test side.

Karthik, while speaking to Sports Today, said the surface at the Ageas Bowl Stadium, where the WTC final is slated to be held, provides a bit of turn, which could turn potent under the combination of Jadeja and Ashwin if the game is pushed into the fourth or fifth day. The Kolkata Knight Riders vice-captain further dubbed India's spin resource as one of the best in the world, adding that if Jadeja and Ashwin play together they can be a hostile attack for the Kiwis.

Karthik also called the World Test Championship (WTC) final a "very important" match as it will help decide the first-ever Test champions of the world. Karthik said just like everyone remembers the first winner of the Indian Premier League (IPL), people will always remember India and New Zealand for the historic encounter. Karthik said India has a chance of being remembered for a long time in the history of cricket if they manage to win the WTC final.

The 36-year-old said that New Zealand, too, would be raring to win the ICC multi-nation tournament as they have come close on several occasions but have failed to win the finals. Karthik said New Zealand has just one Champions Trophy title in their Kitty, so they will be excited about the WTC final and will be eyeing to become the first-ever champions.

The Kohli-led side arrived in the UK on June 3 and is currently undergoing their mandatory isolation period at an on-site hotel in Southampton. The Indian team is currently practicing in batches and will only start training as a whole group after a couple of more COVID-19 tests to ensure the safety of individual players.