Lions will take on the Dolphins in the final match of the Momentum One Day Cup tournament on Thursday, February 4. Here's our DOL vs HL Dream11 prediction.

Both teams had a great league stage outing as they topped their respective poolw. Highveld Lions topped Group B after winning 3 out of 4 matches to qualify easily for the knockout stage. Their bowling and batting unit has put up good performance throughout the tournament and would look to do the same in the final as well. Their last match against Knights got abandoned due to rain and they got through the Finals because of the highest pool rankings.

Following their dramatic recovery to win their MODC semi-final, the @Hollywoodbets Dolphins feel confident that they can win the competition outright when they face the Imperial @LionsCricketSA in the title decider in Potchefstroom on Thursday.

On the other hand, Dolphins topped Group A with 2 wins, as the rest of their pool games were affected by the rain. In the semi-final, they defeated Cape Cobras by 3 wickets in a closely contested battle. They are the only team to remain unbeaten in this tournament so far and they will look forward to keeping their unbeaten run intact. Playing in finals provide extra motivation for them as they look to get their hand on the trophy.

Also Read: Suresh Raina Urges People To Not Be Perturbed By External Forces After Rihanna's Tweet 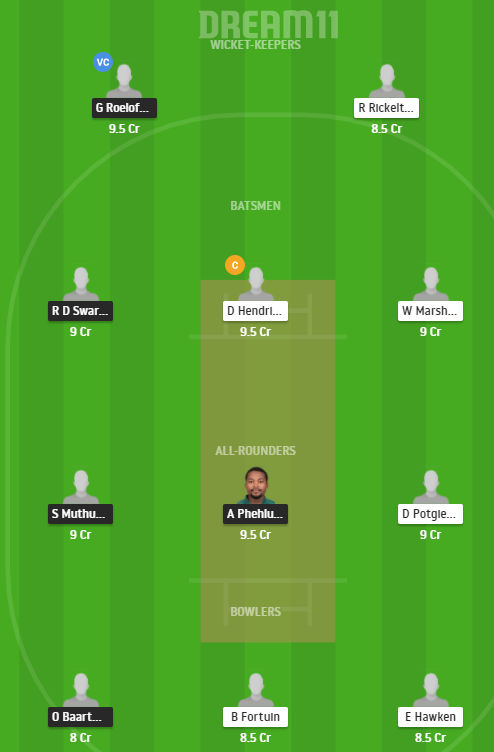 As per our DOL vs HL Dream11 prediction, DOL should be the favourites to win the match.