The Dark View Explorers will take on the Le Soufriere Hikers in the Dream11 Vincy Premier League T10 qualifier. Here are the live stream details for the match. 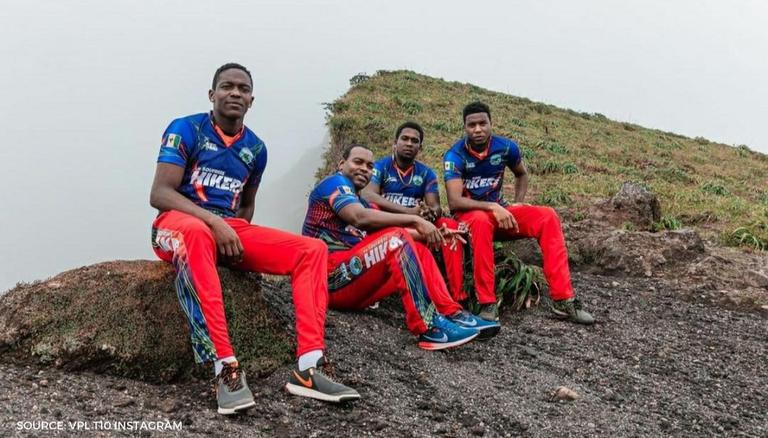 
The Dark View Explorers will take on the Le Soufriere Hikers in the 1st qualifier of the Dream11 Vincy Premier League T10 2021. The match is set to begin at 9:00 PM IST (11:30 AM local time) from the Arnos Vale Sporting Complex, St Vincent on May 28, 2021. Here are the DVE vs LSH live streaming details, how to watch the Dream11 Vincy Premier League T10 live in India and the pitch and weather report for the contest.

The top two teams of the Dream11 Vincy Premier League T10 2021 season, the Dark View Explorers and Le Soufriere Hikers, will go up against each other in the first qualifier of the series. The defending champions, the Hikers finished in 2nd place on the table with six wins from eight games and 12 points to their name. Their last match, against the Explorers themselves, ended with a dominant 7 wicket victory for them, giving them immense confidence coming into this match.

Meanwhile, sitting atop the table at the end of the group stages, the Dark View Explorers have has an identical campaign to the Hikers, earning a massive 12 points from six wins and two losses. Having lost their last match to the Hikers, the Explorers will hope to take inspiration from their win against them from earlier in the season. The winner of this match will earn a direct place in the finals while the loser will go to play the winner of the eliminator.

The Dark View Explorers vs Le Soufriere Hikers match will not be televised in India. However, fans who wish to follow the Dream11 Vincy Premier League T10 live in India can do so on the Dream Sports-owned platform, FanCode. The DVE vs LSH live scores will be available on FanCode as well.

The pitch at the Arnos Vale Sporting Complex has been a bowling-friendly one through the series. With an average first innings score of 92 and almost 8 wickets falling in each game, we expect this match to have a score of 80-90. Going by previous matches and expected weather conditions, the captain winning the toss should choose to bat first. Accuweather predicts no rain during the game. The temperature is expected to be around 30°C, with 68% humidity and 26% cloud cover.

According to our DVE vs LSH Dream11 prediction, the Le Soufriere Hikers will win this match.

Note: The DVE vs LSH prediction is made on the basis of our own analysis. It does not guarantee positive results.