DJK SG Solingen and Dusseldorf Blackcaps will contest in Match 33 of the ECS T10 Krefeld 2021 on Wednesday, May 26. Here are the live streaming details. 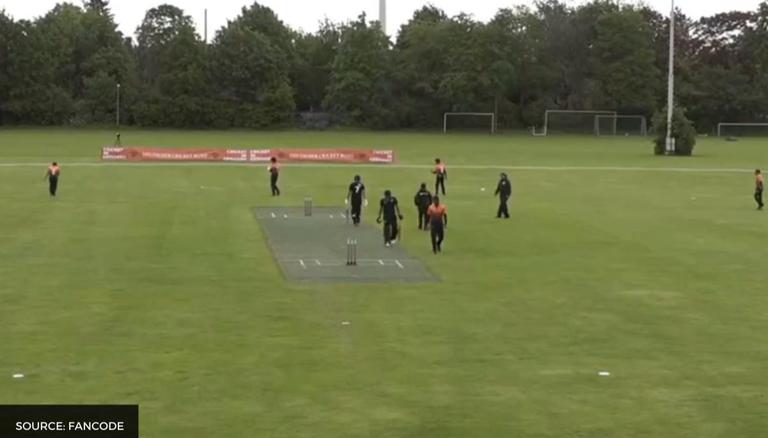 DJK SG Solingen's poor start to the campaign continues as they remain at the bottom of the points table but without any victories to their name. After their opening day loss to Bayern Ueridgen Wolves, Solingen registered its first points in the tournament after the first match of the doubleheader against Bonn Blue Star was called off due to rain. In the second fixture, Bonn Blue Star beat Solingen by 9 wickets.

On the other hand, Dusseldorf Blackcaps are currently second on the points table with three wins and one loss from four matches played so far. The first loss of the campaign came against Koln CC recently. In the two fixtures, Dusseldorf Blackcaps won the first match by 19 runs under Duckworth-Lewis Method, however, the momentum was stopped by Koln CC in the second match by beating them with 4 wickets. For Solingen, the upcoming match versus Dusseldorf Blackcaps will tough and the team is likely to remain winless.

Speaking about the pitch, the 22-yard strip looks balanced with batsmen and bowlers both looking to take advantage. While the batsmen will look to score runs at a quick pace, bowlers will have to find a way to pick up quick wickets to have any say in the contest. The team winning the toss will look to bowl first and pick up early wickets. Coming to weather, there will be cloud cover before the start of the match and rain interruption during the match. Despite the rain, both the teams will be hoping to get to play the full quota of overs.

READ | 'Papa Arthur will not always be there': Shoaib Akhtar advises Amir to raise performance
First Published: 26th May, 2021 11:23 IST
SUBSCRIBE TO US