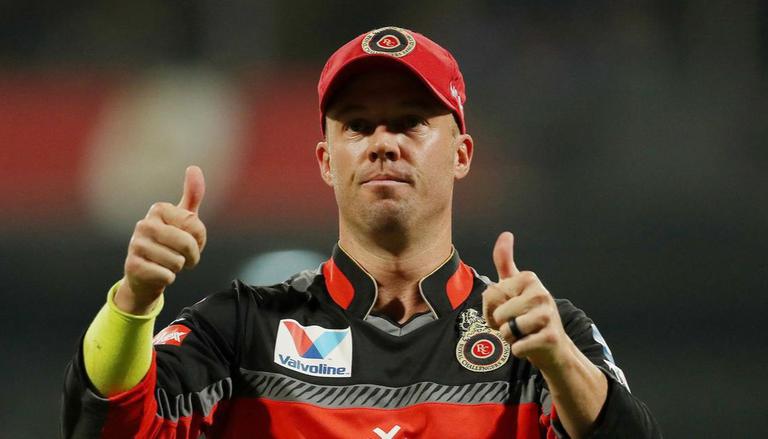 
Former South Africa cricketer AB de Villiers announced retirement from all forms of cricket on Friday. The Protea turned to social media to issue a statement, where he thanked his family members, teammates, opponents, coaches, and supporters for being by his side throughout his incredible journey. Royal Challengers Bangalore, the franchise that De Villiers played for in the Indian Premier League (IPL), issued a statement to wish the 37-year-old a happy retirement. RCB said it's an end of an era for cricket lovers across the world.

"End of an era! There’s nobody like you, AB. We’ll miss you dearly at RCB. For all that you’ve done and given to the team, to the fans, and to cricket lovers in general, #ThankYouAB Happy retirement, legend!" RCB said in its statement.

Announcement 🔊 @ABdeVilliers17 retires from all cricket

End of an era! 😔 There’s nobody like you, AB. We’ll miss you dearly at RCB. ❤️ For all that you’ve done and given to the team, to the fans, and to cricket lovers in general, #ThankYouAB 🙏🏼 Happy retirement, legend! pic.twitter.com/JivSPTVn88

De Villiers has played 184 matches in the Indian Premier League and has scored 5,162 runs at an average of 39.50. The former Protea batter is regarded as one of the best players to have ever played the league due to his ability to play shots all around the park. He joined the RCB camp in 2011 after Delhi Daredevils released him following the 2010 edition of the lucrative cricket league. De Villiers was the top choice to replace Virat Kohli as RCB captain in next year's IPL, however, his sudden retirement has left the cricketing world in shock.

De Villiers played a total of 114 Tests, 228 ODIs, and 78 T20Is for his country between 2004 and 2018. The right-handed batter scored over 20,000 runs across all formats, including 43 international centuries. De Villiers had announced international retirement in 2018. In 2020, De Villiers had expressed his desire to make an international comeback for South Africa but dropped the plans later due to unknown reasons.