ENG vs SA: South Africa scored 118 & 169 in their two innings, while England made 158 in their first innings and chased down 130 in the second innings. 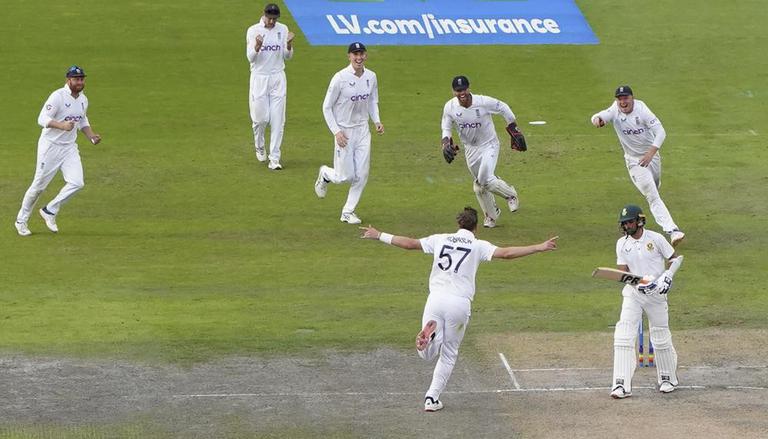 
The England Men's Cricket Team on Monday defeated South Africa in the third and final Test to seal the three-match series 2-1. England beat South Africa by 9 wickets to win the third Test match at The Oval. The match was a low-scoring affair with both sides failing to reach the 200-run mark in either of their two innings. South Africa scored 118 & 169 runs in their two innings, while England made 158 in their first innings and chased down 130 in the second innings to win the game.

A total of 909 deliveries were bowled by England and South Africa in the game before the match ended in a 9-wicket win for the home side. This made it the fourth-shortest completed Test game in England and the shortest one since 1912.

As far as the third Test match is concerned, England won the toss and elected to bowl first at Kennington Oval Stadium in London. The match was basically reduced to a three-day event with proceedings starting on Saturday due to rain that disrupted the first day of the game and death of Queen Elizabeth II that forced the postponement of the second day. It initially appeared that the match would end in a draw with no result possible in three days but both teams played some quick cricket to get an outcome.

After England bowled South Africa out for 118 runs, the Ben Stokes-led side scored 158 to take a 40-run lead going into the second innings. The second innings saw the Proteas getting dismissed for 169 and setting a target of 130 runs for the home side. England chased down the target with the loss of just one wicket in the form of Alex Lees. Ollie Robinson was named the player of the match for picking seven wickets in the game.