Back in July this year, Ben Stokes had withdrawn his name from the England squad and had taken an "indefinite break" from all forms of cricket. 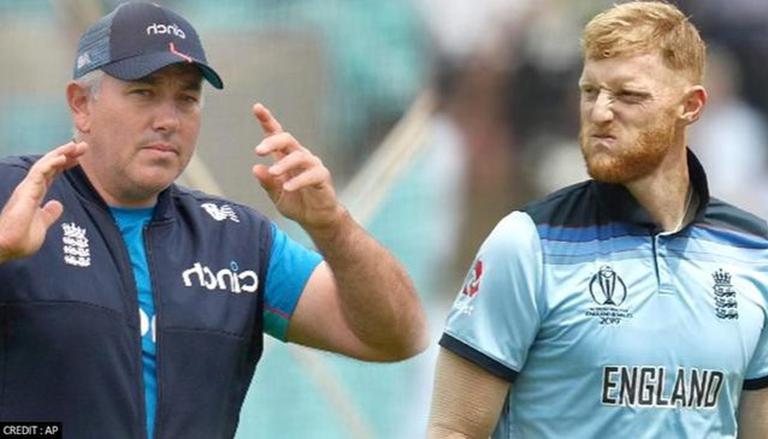 
Back in July this year, Ben Stokes had withdrawn his name from the England squad and had taken an indefinite break from all forms of cricket. As per England and Wales Cricket Board (ECB), Ben Stokes has withdrawn from England's Test squad ahead of the five-match Test series against India to prioritise his mental well-being, and to rest his left index finger, which had not fully healed since his return to competitive cricket earlier in July. With the squad for the upcoming T20I World Cup in the United Arab Emirates and Oman to be announced on Thursday, England coach Chris Silverwood has given an update on Stokes' inclusion.

"I'll be putting no pressure on him or rushing him, and whatever support he needs he will get," said Silverwood as quoted by the BBC. "I will give him as much space as I can, but there are people talking to him. My only concern is for him. I just want to make sure he's OK. Once we've got to that, the rest of the questions will come."

England is already without their star pacer Jofra Archer who is expected to be out till next year owing to an elbow injury. Although Stokes is yet to talk to Silverwood, he did speak to other members of the team. The ECB extended its support to the all-rounder and requested fans to give him and his family privacy during these times.

Team India on Monday displayed yet another fightback and defeated England by 157 runs in the fourth Test at the Kennington Oval. After suffering a horrific loss at Headingley, Team India bounced back from a slow start. Pacer Jasprit Bumrah and an all-round performance from Shardul Thakur were instrumental in India's victory over England.

Despite conceding the lead after the first innings, Team India bounced back in the second innings of the England vs India 4th Test match to crush the home team by 157 runs courtesy of a fine bowling performance from the Indian bowlers. Apart from openers Haseeb Hameed and Rory Burns, the rest of the batting line-up collapsed following some incredible bowling effort from the Indian pacers. With a 2-1 lead in the England vs India Test series, Virat Kohli and Co. need a win or a draw to capture the series.