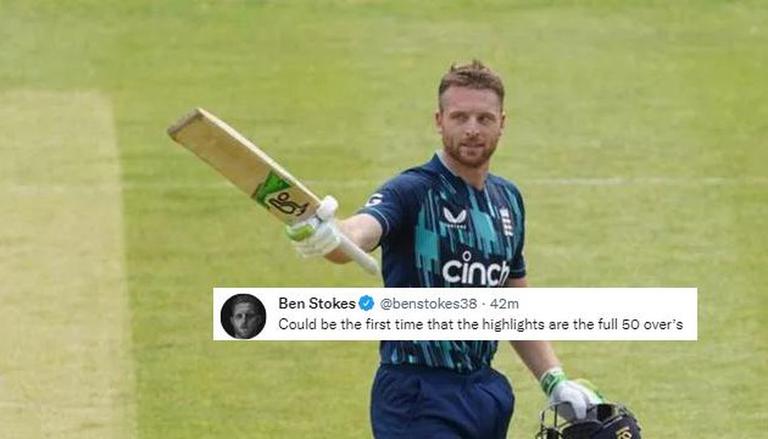 
The England Men's Cricket Team set a new world record by scoring the highest-ever score in an One-Day International match. In the first ODI against the Netherlands on Friday, England amassed 498 runs for the loss of four wickets, breaking its own record from 2018. England had scored 481/6 against Australia four years ago, which was the previous highest innings total.

England reached the milestone courtesy of some powerpack knocks from Phil Salt, Dawid Malan, Jos Buttler, and Liam Livingstone. After Jason Roy was dismissed for 1 off 7 balls, Phil Salt and Dawid Malan forged a crucial 222-run partnership. Salt and Malan were dismissed for 122 and 125 runs by Logan van Beek and Pieter Seelaar, respectively.

The Netherlands are currently batting at 121 for the loss of three wickets, trying to chase down 498 runs on the board. Vikramjeet Singh was the first batter to be dismissed for the Netherlands as he was removed by David Willey for 13 off 14 balls. Adil Rashid then took the wicket of Musa Ahmed in the 17th over, dismissing him for 13 off 22 balls. Max O'Dowd scored 55 off 55 balls before being dismissed by Reece Topley. Tom Cooper and Bas de Leede are currently batting for the Netherlands at scores of 14 and 11 runs. The Netherlands will have to create some magic to chase down the huge total as they still have more than 320 runs to score in 150 balls.