England vs India | Shardul Thakur To Miss 2nd Test Vs England Due To Injury, Netizens Say 'No Lord At Lord's

Netizens react as Shardul Thakur gets ruled out of 2nd Test against England, owing to an injury. The 1st India vs England Test at Trent Bridge ended in a draw. 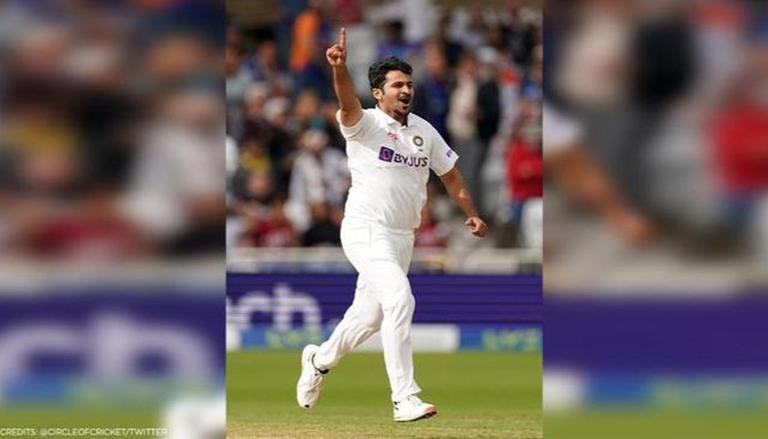 
The Indian Team management announced on Thursday that pacer Shardul Thakur will not be available for selection in the second Test match against England due to an injury. However, skipper Virat Kohli assured fans that he will be available for the third Test match. The first Test ended in a draw after rain washed out the entire fifth day’s play. Going into the second match of the series at Lord’s, India does have an upper hand in the series owing to their all-around performance in the first Test.

India went into the first Test with four fast bowlers in the playing XI, Jasprit Bumrah, Mohammed Siraj, Mohammed Shami, and Shardul Thakur. Meanwhile, R Ashwin not featuring in the squad, despite playing a county match before the first Test, surely raised many questions. However, the Indian bowling department had a great time with the pacers picking up all 20 wickets of England in two innings. Shardul, on the other hand, played a much-needed cameo with two wickets each in both innings.

‘No Lord at Lord’s' - Netizens react

No lord in Lords.

Social media got filled with tweets about Lord Shardul, as the news of his exclusion from the second test came out. Veterans like Wasim Jaffer also took a jibe at Shardul in a tweet that read that not often cricketers get to play in a stadium named after them. Other funny reactions include, “No lord in Lords” and “Loss of Lord’s cricket ground”.

It's sad if Shardul Thakur misses the Lord's Test. Afterall not often cricketers get to play in a stadium named after them😉😅 #ENGvIND

Shardul Thakur made his international debut in One Day Internationals for India in 2017 after impressing selectors in the domestic season with a total tally of 48 wickets at an average of 20.81 in 10 matches. He made his test debut for India in 2018 against West Indies proving to be a handy bowling allrounder for team India. He earned himself the tag of ‘Lord’ Shardul after his sensational maiden half-century against Australia at Brisbane during the India 2021 tour of Australia.

Meanwhile, England pacer Stuart Broad has been ruled out of the second Test due to an injury. The inclusion of James Anderson in the second Test is also in doubt as the pacer missed practice on Wednesday. However, England have called up pacer Saqib Mahmood to join the England team at Lord’s.

READ | England vs India: Netizens give a shout out to Shardul Thakur for a solid performance