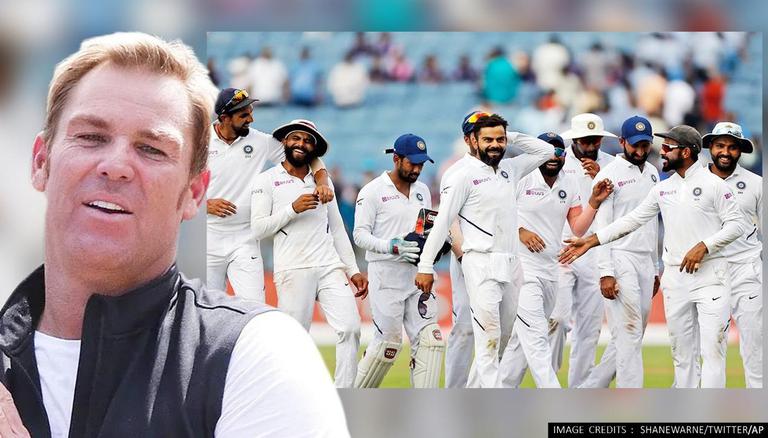 
Australian cricketing legend Shane Warne lauded Team India’s 157 run win over England in the fourth Test at the Oval, by reckoning the Indian team as the best Test team in the world.

In the fourth Test, India defeated England by 157 runs by bowling them out for 210 in their second innings on Day 5. England were chasing a target of 368 runs set by India but fell short as the Indian bowlers displayed dominance on the last day of the match. Following India’s victory, Australian great Shane Warne took to his Twitter account to pen down a message for the Indian team.

In the tweet, Shane Warne congratulated Team India for another terrific win. He added that the milestones achieved by the Indian team over the last 12 months are absolutely magnificent. He also reckoned that the Indian team led by Virat Kohli is clearly the best test team in the world and that they deserve the title. In the conclusion to his message, he said, “Long live test cricket (sic)”.

Congratulations .@imVkohli & the entire Indian team on another terrific win. What you guys have all achieved together over the last 12 months is absolutely magnificent ! Clearly the best test team in the world & that title is thoroughly deserved too ! Long live test cricket ❤️❤️

At the fourth England vs India Test, India batted first to score 191 runs after half-centuries from skipper Virat Kohli and bowling all-rounder Shardul Thakur in the first innings. During England’s first innings, Indian bowlers fared well and dismissed England for 290 runs with the help of Umesh Yadav’s three wickets, Jasprit Bumrah, and Ravindra Jadeja’s twin scalps, and one wicket each by Shardul Thakur and Mohammed Siraj. Coming in to bat again, India scored a mammoth total of 466 runs, after a sensational century of 127 runs at a strike rate of 49.60 by opener Rohit Sharma.

KL Rahul, Cheteshwar Pujara, Virat Kohli, Rishabh Pant and Shardul Thakur also chipped in with valuable runs to add on to India’s score and set England a final innings target of 368 runs. In reply, England managed to score only 210 runs in their second innings, despite a good start by the openers. Yadav justified his inclusion in the team by taking three wickets and Bumrah, Jadeja, and Thakur all grabbed two wickets each.

India came into the fourth Test match after suffering a loss in the third Test at Leeds. In the Leeds Test, India suffered a loss by an innings and 76 runs. Batting first after winning the toss, India were bowled out on a score of just 78 runs on Day 1 of the match. On the other hand, England piled up a massive first innings score of 432 runs, riding high on individual half-centuries from the top three batsmen and a century of 121 runs by Skipper Joe Root. Batting again in the second Innings, India trailed England’s score 354 runs and were dismissed at the score of 278.

After the win at the Oval, India now leads 2-1 in the five-match England vs India Test series.