England Vs India: Umesh Yadav Reveals What Virat Kohli Told Him Ahead Of Fourth Test

Umesh Yadav has been the fifth-choice pacer for India in ongoing England vs India tests with Jasprit Bumrah, Mohammed Shami, Ishant Sharma and Thakur ahead 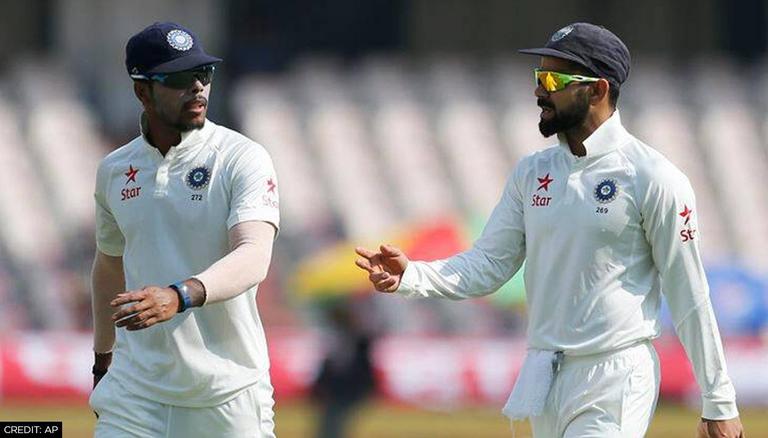 
Umesh Yadav has been the fifth-choice pacer for India in ongoing England vs India tests with Jasprit Bumrah, Mohammed Shami, Ishant Sharma and Shardul Thakur starting in the XI for the first three tests before Virat Kohli rested two-seamers to bring in Umesh and Siraj for the fourth test.

The ace pacer took the opportunity with two hands picking up six wickets, three across both innings including the big wicket of an in-form Joe Root in the first innings as India beat England by 157 runs. The right-arm seamer was well aware of his involvement in the game. "After the 3rd Test was over and before the 4th Test, I knew I would play the match at Oval. Three fast bowlers were playing and it is difficult to play 4 Tests on the trot for a pacer. In these conditions, fast bowlers have to bowl a lot," he said further going on to reveal what Virat Kohli told him before the game.

"Virat Kohli told me to do whatever I did in the nets. He asked me to just keep that in mind and bowl and asked me not to take too much pressure. He asked me to go with my feelings. I played the practice game and was feeling good. After that, I focussed on my skills and I wanted to execute my plans," he further added.

Knew there will be a chance that will be coming, tried to do my best - Umesh Yadav

Umesh Yadav also had a small cameo with the bat, scoring 25 runs off just 23 balls in the second innings as India set England a target of 368. "When you're with the team, you know you have to focus on the game all the time. When you put in the hard yards in the practice sessions, you know it's a long series and there will be a chance that will be coming your way. I kept that in mind while practising. When I got the chance, I tried to do my best," he concluded.

Meanwhile, Hanuma Vihari and Suryakumar Yadav could be drafted to the XI for India in case Cheteshwar Pujara fails to recover from his ankle injury. The player along with Rohit Sharma skipped taking the field on day 5 of the Oval Test. As per reports, Rohit Sharma is slightly better, with medical staff observing the scenario. In case Rohit Sharma too fails to get fit, Mayank Agarwal too could get a game.