Bharat Army put out a stern tweet, replying to England's Barmy Army's tweet over Virat Kohli's absence from Team India in the ENG vs IND 1st ODI on Tuesday. 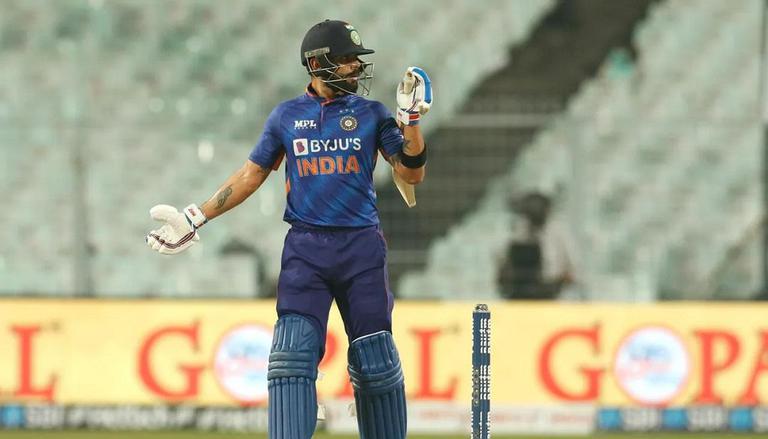 
The England cricket supporters’ club, Barmy Army took to their official Twitter handle on Tuesday and took a dig at Virat Kohli’s absence from the 1st ODI between England and India at the Kennington Oval Stadium. The former India captain Kohli suffered a groin injury in the 3rd T20I against England, last Sunday and was left out of the playing XI for the ODI series opener. However, in their tweet about Kohli, England’s Barmy Army said that Kohli has been dropped due to his poor performance, which prompted India’s official supporter group, The Bharat Army to react.

Barmy Army put out a screenshot of the meaning of ‘dropped’ in the dictionary, and replaced the definition with, ‘a mild groin strain’. On the other hand, replying to the tweet, Bharat Army mentioned English players Jason Roy, Joe Root, and Ben Stokes and said they collectively scored what Kohli scored in the 1st ODI. “Roy + Root + Stokes = Kohli's total in the game today, lads,” The Bharat Army said.

Bharat Army hinted at the fact that Roy, Root, and Stokes walked back to the pavilion on Tuesday without opening their scores. Root was dismissed on a duck on his second ball, while Stokes returned on a golden duck. At the same time, Jason Roy was England’s first wicket to fall in the day.

It is pertinent to mention that Kohli scored only 12 runs in the recently concluded T20I series and received criticism for his batting form. However, he was expected to feature in the ODI series, which now seems doubtful due to his groin injury. Kohli’s absence didn’t affect India’s game in the 1st ODI as they went on to claim a 10-wicket victory by chasing down the target of 111 runs.

Jasprit Bumrah and Rohit Sharma carry India through to victory

In the first innings of the match, India pacer Jasprit Bumrah unleashed havoc on the England batting line-up with a 6-wicket haul. Interestingly, skipper Jos Buttler’s knock of 30 runs in 32 balls was the highest individual score for England. David Willey’s contribution of 21 off 26 was the next big contribution by the English batters.

Meanwhile, in the second innings of the match, openers Rohit Sharma and Shikhar Dhawan made sure India cross the winning mark with 19 overs of the innings, without losing any wickets. Skipper Rohit top-scored for India with a knock of 76* runs in 58 balls, with the help of five sixes and seven fours. On the other hand, Dhawan remained unbeaten after scoring 31 runs in 54 balls.

READ | From 498/4 against Netherlands to 110 all out vs India: England trolled for poor display