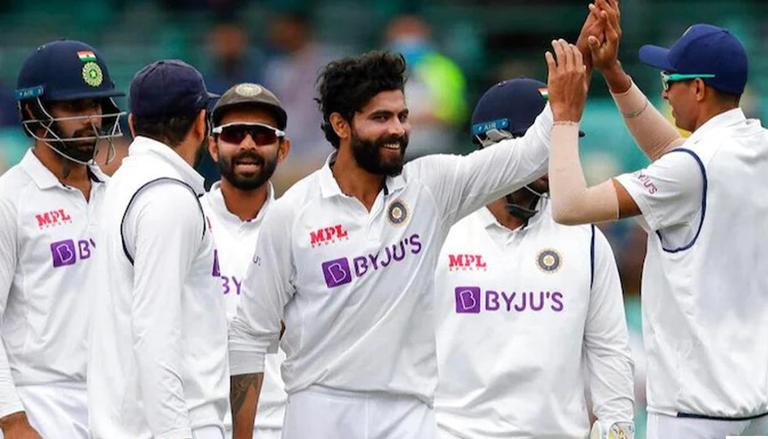 
As Team India is all set to fly to the United Kingdom (UK) for the ICC World Test Championship Final and five-match Test series against England, Monty Panesar has made some big predictions. England's former left-arm spinner Monty Panesar interacting with the media banked upon Team India's all-rounder Ravindra Jadeja and said that the all-rounder will be the 'X factor' in the upcoming ICC World Test Championship Final against New Zealand. Panesar also suggested captain Virat Kohli to opt for Ravindra Jadeja in case they play with a solitary spinner and not Ravichandran Ashwin.

"For me, Ravindra Jadeja will be the X-factor. He’s been in terrific form in the Indian Premier League. If India decides to go with just one spinner, I’ll go with Jadeja instead of (Ravichandran) Ashwin as the spin-bowling option. Jadeja’s defensive bowling skill and being a left-armer give him an upper hand,” Panesar told media.

Notably, Ravindra Jadeja was ruled out of the Test series after suffered a broken thumb during India Tour of Australia. Due to the injury, the all-rounder had to miss the home series against England, however, Jadeja shined in the IPL 2021. During the IPL 2021 season, which was postponed indefinitely on May 4 due to a breach in the bio-secure bubble, Chennai Super Kings all-rounder Jadeja amassed 131 runs at 162.32 and picked up six wickets.

India have a chance to white-wash England says Monty Panesar

Following the ICC World Test Championship Final against New Zealand, Team India will face England in a five-match Test series. Monty Panesar on his Twitter handle predicted that India could defeat the hosts by 5-0 if the wickets during the impending series offer turn. As per Monty Panesar, Indian spinners could make use of England's shortcomings if the surfaces offer some help. Bringing up that the conditions would be hotter in August when the Test series starts, Monty Panesar tweeted:

READ | Should Ravindra Jadeja not play in the WTC Final? Ashish Nehra has advice for Virat Kohli

The top order will be England's issue. Most county batsmen take the off stump guard. At release point their head is outside off stump. Bowl at the stumps. https://t.co/lHJp0UeZnt

5 test matches are in August where we will expect warmer conditions. Indian spinners will come into the game, India have a chance 5-0. https://t.co/0dxRptXrlo

'India may have an edge over New Zealand in WTC Final'

Monty Panesar believes New Zealand may feel the momentum in their favour if they win the two upcoming Tests against England. "If you said the WTC final is in a week's time, I would pick India as they have played much more hard cricket. The team is probably believing that it can win from any situation, while New Zealand have played good cricket, but they haven't really had the hard victories like India," Panesar told news agency PTI.

"What really makes a top team is when you win from really difficult, tough situations," he signed off.

The Indian team is scheduled to play the World Test Championship final against New Zealand at Southampton from June 18-22 before taking on England in a five-matches test series. The series will begin at Nottingham (Aug 4-8) and will be followed by matches at Lord's (August 12-16), Leeds (Aug 25-29), Oval (Sep 2-6), and Manchester (Sep 10-14). A 14-day hard quarantine for passengers travelling from India to the UK and the existing COVID-19 situation in the country has forced BCCI to pick at least 30 members in the squad which will have some automatic choices and the best performers from India.

READ | NZ spinner Ajaz Patel gets 'goosebumps' ahead of facing India in ICC WTC final
First Published: 23rd May, 2021 18:40 IST
SUBSCRIBE TO US