Former India coach Ravi Shastri has given an interesting response when he was asked to pick between current captain Rohit Sharma and former skipper Virat Kohli. 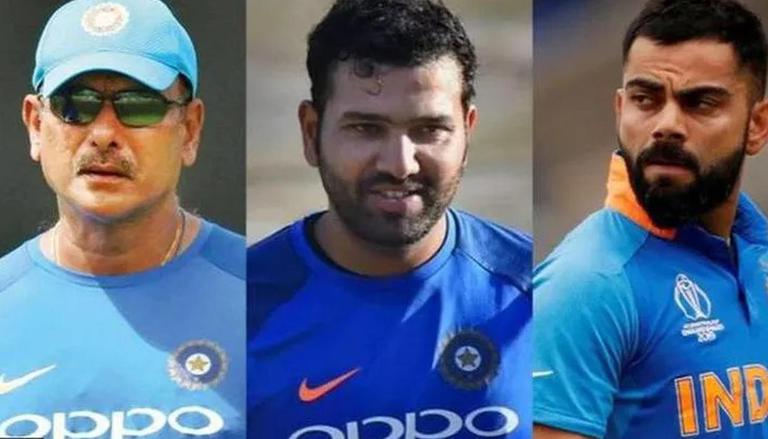 
Former Team India head coach Ravi Shastri has given an interesting response when he was asked to pick between current captain Rohit Sharma and former skipper Virat Kohli. The duo is considered among the greatest players of the side in history, and has brought plenty of success to the country over the years.

After a fan asked former head coach Ravi Shastri to pick between Rohit Sharma and Virat Kohli, the 59-year-old gave a witty response by stating, "On whosoever party, I enjoy more."

Shastri has had the honour of coaching both stars during his four-year stint as the team's head coach and had a lot to say when he was asked about the difference in captaincy between the two.

While speaking to Shoaib Akhtar on the former Pakistan cricketer's YouTube channel in January this year, Shastri had said, "Virat is like a beast on the field," when asked to describe Kohli's captaincy. "He is a terrier. Once he enters the ground, he wants to compete and is not worried about anybody. He is in-your-face and passionate. Off the field, he is totally the opposite. Absolutely calm, chilled… there is no issue with him. He is 33. He has been contributing as a captain."

Shastri also explained why Kohli leaving captaincy after a while could affect the 33-year-old's bating by adding, "The challenge comes when you are not captain after a span of time. Then to still have the energy to play as a player, get runs and help India win. If he does that, he would have completed a full circle."

When asked about Rohit Sharma, Shastri replied, "Now, Rohit is laid back. It was some time that you got the feeling that the game came too easy to him, till he realised that 'God has given me this gift and now let me also work harder and make the most of it.' And when in full flow, there are few batters who play like him."

While both Kohli and Rohit have been two of the most successful Indian batters in history, the two have not had the best of IPL 2022 seasons. Kohli has just managed to score 309 runs after 14 matches, at a disappointing average of 23.77. On the other hand, Rohit has struggled even more as he has just scored 266 runs after 13 matches, at an average of just 20.46.