Ex-India Fielding Coach Explains Why 'newcomers' Stand At Silly Point; 'This Is A Myth'

R Sridhar, who was a vital part of the coaching set-up headed by Ravi Shastri, reflected on the seven years he spent in the dressing room in a recent interview. 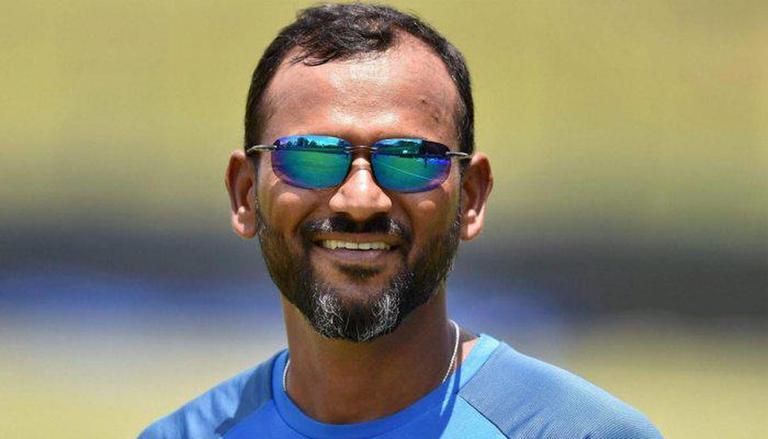 
Former Team India fielding coach R Sridhar, who was a vital part of the coaching set-up headed by Ravi Shastri, reflected on the seven years he spent in the dressing room in a recent interview.

The 51-year-old also provided some interesting insights about fielding as he explained why newcomers stand at silly point.

In an exclusive interview with PTI, R Sridhar said, "A new player is always encouraged to take the helmet because -- firstly, his reflexes are better. Secondly, he is fitter than the old player and last but not the east, he can stand in that position for a long time. This is my understanding.

But this is a myth that seniors don't stand at close-in positions. Puji (Cheteshwar Pujara) was standing at close-in in Kanpur. Ajinkya (Rahane) on some days would stand close in, Laxman, and Rahul (Dravid) also did it till their last Test. Alastair Cook, in his 164th and last game, was standing at silly point and short leg."

Even though Team India has witnessed some fantastic fielders in recent years with the likes of Ravindra Jadeja considered the best, Sridhar declined to make any comments on the improvement in fielding standards, stating that he did not want to evaluate. On being asked about his journey, and whether the fielding has improved since he began in 2014, the former coach said,

"Obviously, that's the best phase of my life. I cannot be discontent but there is always room for improvement. Coaching philosophies and coaching methods also keep changing as you embark on that journey and reach the end. As far as where the Indian fielding standard is now compared to when I took charge, I leave it up to the people on the outside to judge."

The former Team India fielding coach then also praised Jadeja and called him one of the best in the world. "Jadeja is someone, who is pleasing to the eye even when he is chasing a ball to the boundary. He is cut above rest in world cricket," added Sridhar.