An ex-India player has expressed his thoughts on the poor form of Ajinkya Rahane and Cheteswar Pujara, and how they may find their way out of the team soon. 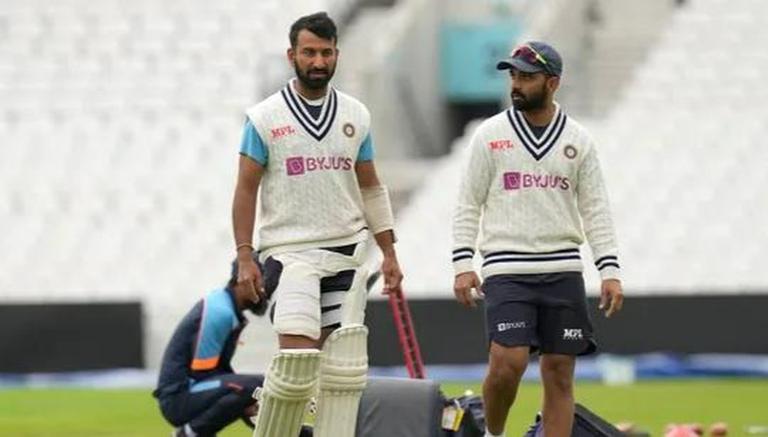 
Former Indian cricketer Aakash Chopra took to his official Koo account on Tuesday and posted a video, where he speaks about what happened on Day 1 of the India vs South Africa, second Test match at the Wanderers stadium in Johannesburg. From skipper Virat Kohli’s absence in the Test and stand-in skipper KL Rahul’s performance to Ajinkya Rahane and Cheteswar Pujara’s poor run of form, the cricketer turned commentator spoke about many interesting happenings about the Indian cricket team. On the Day 1 of the Johannesburg Test, India were restricted for the first innings score of 202 runs after losing all their wicket, while the Proteas were at 35/1 in 18 overs before the stumps were called.

What did Aakash Chopra say about Cheteshwar Pujara and Ajinkya Rahane?

Meanwhile, shedding his views on the batting duo of Rahane and Pujara, Chopra said, “Same Story once again. Both batters were dismissed on consecutive balls once again. I think that the problem is that are playing the short balls on the front foot. If you see the length of the deliveries they got dismissed in, the length is asking batters to play from the back foot. However, if you see both dismissals, Rahane was way too much at the front and Pujara was stuck at the middle”. Chopra further added that everyone respects both cricketers, however, he concluded by saying that if they don’t score runs in the second batting innings of India, the team management will run out of patience and one of them will surely find his way out of the playing XI.

Pujara has scored the highest knock of 61 runs in the last five Test matches he has played. Out of the ten innings, he has been dismissed below the score of 10 twice, on duck twice, while crossing the 25 runs mark only thrice. He was dismissed on the individual score of three runs in the first innings of the Johannesburg Test after his knock of 0 and 16 runs in the Centurion Test.

Rahane meanwhile, has scored the best innings of 48 runs in his last five Test matches. Out of the 10 innings, he has been out on duck twice, dismissed on or below the score of 10 runs twice, while crossing the 25 runs mark only on two occasions. He scored 48 runs in the first innings of the Centurion Test, before scoring 20 runs in the second. Rahane was dismissed on a golden duck on consecutive deliveries after Pujara’s wicket by Duanne Olivier.