Former Team India selector has put forward his thoughts on Virat Kohli's comments about no prior information by BCCI before sacking him as the ODI captain. 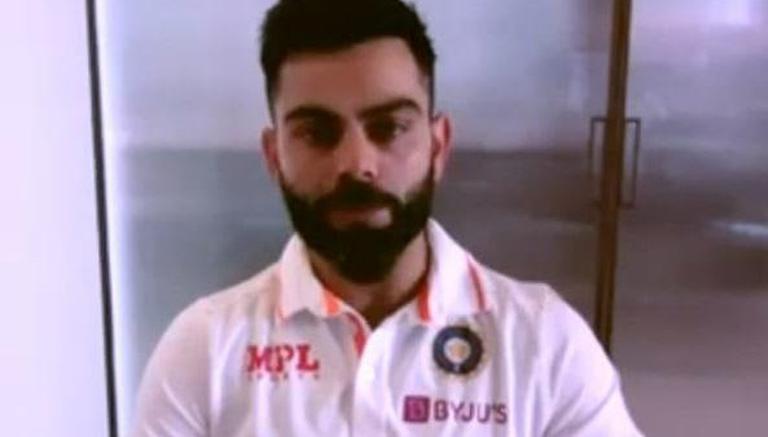 
Former Indian cricket team selector Sarandeep Singh has revealed this take on the statements made by Virat Kohli on being removed from the captaincy role of the Men in Blue in the ODI format on Wednesday. Kohli spoke during the pre-tour press conference ahead of India’s departure for the tour of South Africa and made many notable revelations about the turmoil that has taken over the Indian cricket team over the past week. Sarandeep Singh defended the decision to replace Kohli with Rohit Sharma in the ODI captaincy by saying Rohit’s appointment as the 50 over skipper was done by a selection committee while the Board of Control for Cricket in India(BCCI) had no role in making the decision.

Explaining the same during a conversation with ANI, the former India selector said, “It is the duty of the selection committee to select the players and appoint the captain. BCCI does not play any role in the selection process. The statements given by Virat in the press conference today were a bit shocking. Things shouldn't have gone wrong the way they did. Personally, I feel that there should not be two captains in white-ball cricket. The things could have been handled in a more professional manner and Virat should have been informed earlier. All I want is that everything should be sorted because this can cause harm to Indian cricket”. Kohli earlier denied claims made about being communicated about the decision of his removal from captaincy in ODIs.

Virat Kohli's statement about being communicated before ODI captaincy snub-

As reported by ANI, explaining the same during the virtual press conference on Wednesday, Kohli said, “Whatever was said about the communication that happened during the decision that was made was inaccurate. I was contacted one and half hours before the selection meeting on the 8th for the Test series. And there was no prior communication with me since I announced the T20I captaincy decision up till December 8. The chief selector discussed the Test team to which we both agreed. Before ending the call, I was told the five selectors decided that I would not be the ODI captain. To which I replied 'okay fine’.”

Sarandeep Singh on the rift between Virat Kohli and Rohit Sharma-

Meanwhile, Sarandeep also shed his thoughts about the speculated rift between Virat Kohli and Rohit Sharma by denying any such rumours. He said Rohit and Virat are mature players and captains who know how to tackle any such situations. As per ANI, The ex-selector further added, “ Even if they would not be such good friends, they would still play for the country. Both the players have won so many matches for India and their combination is great”.