Former national team selector Saba Karim questions the decision to select as many as five openers in India's squad for the upcoming IND vs NZ T20Is series. 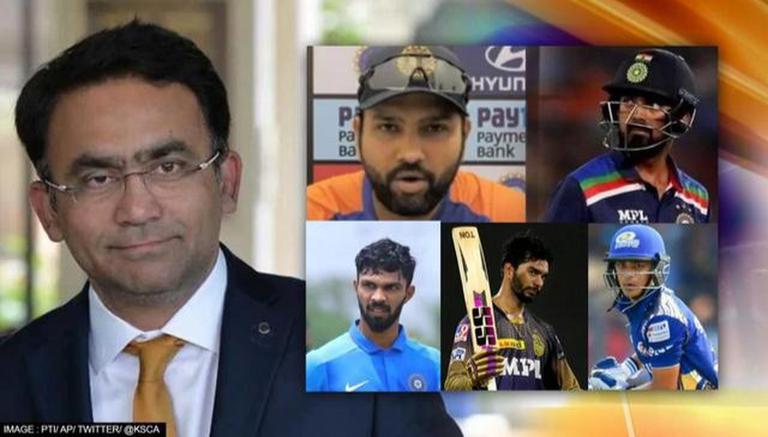 
Former national team selector Saba Karim was baffled by the selectors' decision to pick as many as five openers in the T20Is squad for the upcoming 3-match IND vs NZ series. The ex-selector felt that this was a panicked move from the selectors after the openers failed during the opening two games of the World Cup, which saw India crash out in the Super 12s.

The IND vs NZ squad has the likes of Rohit Sharma and KL Rahul, along with the likes of Ishan Kishan, who did get an opportunity to open during the World Cup. Team India's squad also has two other openers, Venkatesh Iyer and Ruturaj Gaikwad, both of who had successful stints for their respective franchises in the IPL 2021.

Speaking about Team India's squad for the three T20 on the Khelneeti podcast, Saba Karim said, "It is a very quick and panicked reaction from Indian selectors looking at the team's composition. Too many openers - KL Rahul, Ishan Kishan, Venkatesh Iyer, Ruturaj Gaikwad and Rohit Sharma. Where will all these top-order players play? Ruturaj Gaikwad performed well in the IPL while opening the batting for CSK."

He further added that the team should look to start grooming the players to play at different batting positions and discuss with them their role in the team. "You have also opened the batting with Ishan Kishan in World Cup. Where will Venkatesh Iyer fit in the playing XI? Or else you start grooming these players at different positions. You need to discuss clearly with the players and tell them their role specifically."

Rahul Dravid will look to utilise the resources to the maximum

Speaking about Rahul Dravid, Saba Karim said that the former Indian international is known for his open-mindedness and believes in communication and this will help the players perform better.

"Rahul Dravid is not only a forward-thinking person but his philosophy of coaching also follows this principle. He would like to inculcate all the good things happening in International cricket into these cricketers. He will look to utilise the best available resources to maximum use. He is open-minded and believes in communication. This trust factor will benefit players and they will want to give more and perform above their potential," he said.

The IND vs NZ series will be the first assignment for Rahul Dravid who earlier this month was appointed head coach.