Saleem Malik revealed the treatment given to him by Wasim Akram and Waqar Younis after he was appointed as skipper of Pakistan Cricket Team. 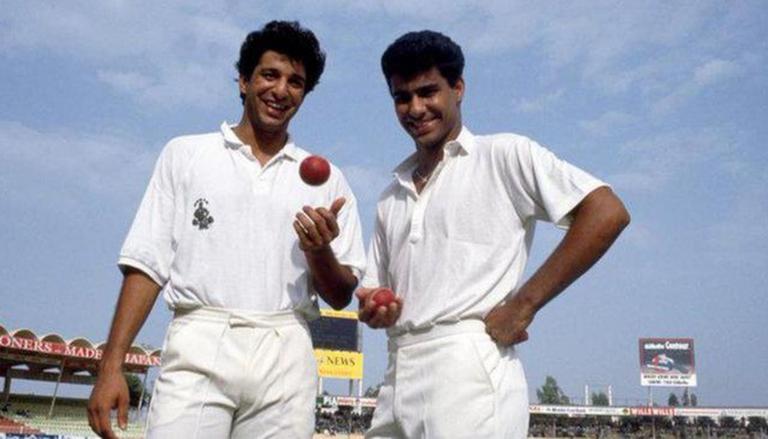 
Back in the 1990's Pakistan cricket had been going through turmoil despite having quality players in their ranks The on-field performances were sometimes overshadowed by off-the-field incidents. Recently former Pakistan captain Saleem Malik made a big revelation about the treatment given to him by the legendary pace duo of  Wasim Akram and Waqar Younis when he was named the captain of the Pakistan team.

Salim Malik was made the captain of the Pakistan Cricket Team back in 1993. He went on to captain the side in 34 ODIs and 12 Tests out of which he was able to win 21 One Day International games and 7 Test matches respectively, before eventually being removed.

Recently while speaking to Geo Super News, Saleem Malik revealed the treatment given to him by Wasim Akram and Waqar Younis after becoming the captain. He said, "Wasim and Waqar were my support but as a professional, they would concentrate on their performances. Do you know that they both (Wasim and Waqar) wouldn't speak to me because I was made the captain? I even talked to them about it a couple of times. When I would ask them to bowl, they would snatch the ball from me. I had become the captain whereas Wasim and Waqar wanted it,"

Malik also revealed how he used to get the best out of both bowlers despite the treatment given to him. "They weren't talking to me and still we won the series. I would tell him 'Waz, you are the world's No. 1 bowler. If you get wickets or not, it won't affect me because it's your own reputation. Waqar would surely get 5 wickets but. That's how I made him operate. And I would use the same ploy for Waqar. This is what is called management. I used my brain to make sure they kept performing.".

Saleem Malik on losing his captaincy due to politics

Saleem Malik's captaincy lasted for one year after which Rameez Raja took over the reins. Malik during the interview said that outside politics played a major part in him losing the captaincy job. He said,  "In the series against South Africa, we had won 5 matches out of six. Because I was winning matches and series for Pakistan, some people had a problem with it. How to counter? What should we do so that he is removed? I didn't understand back then what was happening because I was not part of any politics."