Ramiz Raja suggested that Pakistan should try more youngsters in the playing XI rather than calling back the same old cricketers to ease the pressure. 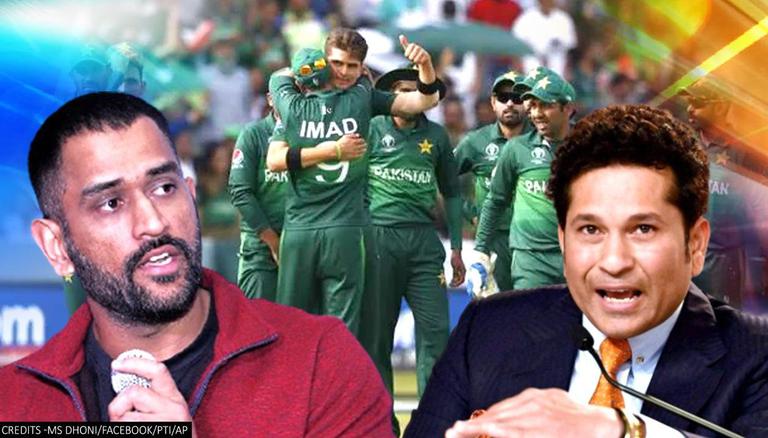 
Former Pakistan skipper Ramiz Raja has heaped praise on India's cricket system while slamming his own country for not trying out new players. Raja, while speaking on a YouTube channel 'The Indian News', said Pakistan should have played a new team against Zimbabwe instead of calling back old players, adding "not all old players are as good as a Dhoni or a Tendulkar". The 58-year-old is of opinion that Pakistan should have tried more youngsters in the recently-concluded series against South Africa and Zimbabwe. He said even if the team had lost the series, it could have provided a chance for the young players to learn something from it.

'We don't have Dhoni, Sachin'

Raja said there is a reason why 40-45-year-olds are not included to play T20 cricket because your reflexes slow down after a certain age. While slamming the team for playing an extra wicket-keeper as a middle-order batsman, Raja said Pakistan does not have players of MS Dhoni and Sachin Tendulkar's caliber, who despite being at their 50%, were still very useful. The 1992 World Cup-winning player said it just shows how desperately Pakistan wants to win international series, even if it means "destroying the system".

Raja suggested that Pakistan should try more youngsters in the playing XI rather than calling back the same old cricketers to ease the pressure. He said bilateral tours like that of Zimbabwe and South Africa are a perfect opportunity to give new players a chance, even if it means losing the series. Raja feels the series against Zimbabwe was an ideal time to experiment, adding "if you had gone with new players and lost, nobody would have said anything because that could have been an experimental tour".

READ | India vs Pakistan on UAE soil? Here's how the rivalry could get rekindled this year

Pakistan played three T20Is and two Tests against Zimbabwe between April 21 and May 10. In the white-ball series, Zimbabwe gave a tough fight to Pakistan as at one point the team managed to level the three-match by winning the second game. However, Pakistan bounced back and won the third match to secure 2-1 lead and take the trophy home. In the Test series, bottom-ranked Zimbabwe was hammered by the fifth-placed Pakistan, which won both the matches by an innings and over a hundred runs.

WE RECOMMEND
Is MS Dhoni a vegetarian? Fans curious about CSK captain's diet over the years
MS Dhoni might wonder about his retention in IPL 2022 by CSK, reckons Aakash Chopra
How much of MS Dhoni movie is true? Here are some unknown facts about the epic biopic
MS Dhoni 'Legend', Sachin Tendulkar 'God', and Virat?; Suryakumar Yadav has 'one word'
Last ball. 6 runs required. MS Dhoni on strike: Pat Cummins's plan is every bowler ever