Babar Azam had a pretty average Asia Cup campaign with the bat as he managed to score just 68 runs while Kohli was in top form with 276 runs. 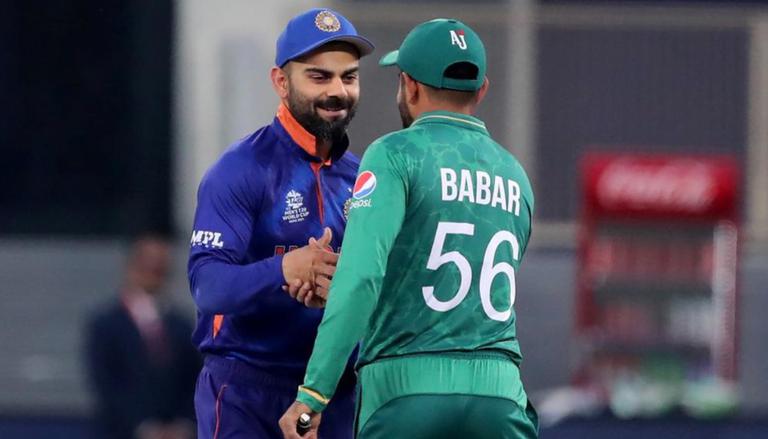 
Former Pakistan wicketkeeper-batter Kamran Akmal has revealed that he had advised Babar Azam to reach the level of Virat Kohli in terms of his batting before taking up the captaincy of the national team. Akmal said that he got to know that Babar is being made the captain of the Pakistan team during a T20 game in Faisalabad. Akmal claimed that he had told Babar at the time not to take up captaincy and asked him to reach the level of Kohli and Steve Smith in batting first.

Akmal explains his take on Kohli vs Babar Azam debate

Akmal said he told Babar to only concentrate on his batting as he was scoring a lot of runs on a consistent basis. Akmal revealed that he had advised Babar to focus on his batting because of the pressure that comes with captaining the national side. Akmal went on to claim that the pressure on Babar is visible now, which also impacted his performance in the recently-concluded Asia Cup. The former Pakistan cricketer, however, admitted that Babar should continue as captain and that removing him now would be a big mistake.

"During a T20I in Faisalabad when Babar was walking out for the toss, I got to know that he is being made captain. That is when I told him... 'I don't think now is the right time for you to become captain. Give your best performances in the next 2-3 years. The batting line-up is depended on you. Reach Virat Kohli's level first, Steve Smith's level. By then, you would have scored 35-40 centuries and enjoy captaincy. The moment Sarfaraz leaves, you will be next in line. But now is the right time. I told him back in the day but it was his decision. Those who were close to him, must have spoken to him and advised him to take up captaincy," Akmal said.

"I had also told him to only concentrate on his batting. He was scoring runs and would have continued to do so. The flow was beautiful. People enjoyed watching him bat. With captaincy, there will be pressure, which will affect his batting, his approach. And somewhere, that is visible now. But at the same time removing him as captain right now would be a big blunder on the part of the team management. Pakistan cricket will go back," he added.

Babar had a pretty average Asia Cup campaign with the bat as he managed to score just 68 runs in the six matches that he played in the tournament. Babar scored those runs at an average of 11.33 and with a dismal strike rate of 107.93. Kohli, on the other hand, finished the 2022 Asia Cup as the second-highest run scorer with 276 runs in five matches.