Faf du Plessis, Moeen Ali, and Sunil Narine have all opted to play in the Bangladesh Premier League (BPL) over the Pakistan Super League (PSL). 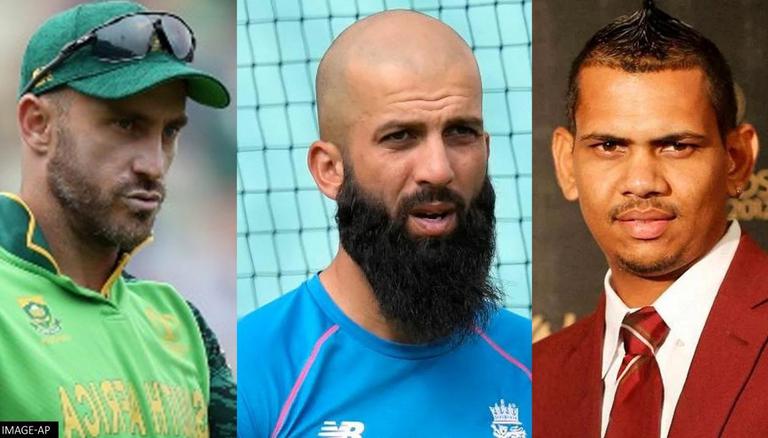 
Former Protea skipper Faf du Plessis, England all-rounder Moeen Ali, and West Indies spinner Sunil Narine have all opted to play in the Bangladesh Premier League (BPL) over the Pakistan Super League (PSL). According to Cricket Pakistan, all three players have been picked to play for Comilla Victorians, the two-time BPL champions. The three cricketers will feature in the eighth edition of BPL as star overseas players alongside local icon Tamim Iqbal.

As per the report, Nafisa Kamal, the managing director of Comilla Victorians, has also confirmed that Moeen, Du Plessis, and Narine will represent the franchise in the next edition of the Bangladeshi T20 league. This is the reason why none of the three players registered their names for the seventh season of the Pakistan Super League. The three players made themselves unavailable ahead of the PSL draft that took place last Sunday in Karachi.

While Du Plessis has played for Peshawar Zalmi and Quetta Gladiators in the past, Moeen Ali and Sunil Narine have represented Multan Sultans and Lahore Qalandars, respectively. Du Plessis is the only player amongst the three who has not played a single edition of the Bangladesh Premier League. Moeen and Narine, on the other hand, have played for Duronto Rajshahi and Dhaka Dynamites, respectively. Narine has even previously represented Comilla Victorians in the BPL, winning the league with the team in the 2015-16 season.

All three were part of the recently-concluded Indian Premier League, where they played in the final again each other. While Du Plessis and Moeen shared the same dressing room for Chennai Super Kings, Narine was part of the Kolkata Knight Riders squad that reached the final but failed to win the cup against MS Dhoni-led CSK.

PSL to clash with BPL

Meanwhile, the Bangladesh Premier League is slated to be held from January 20 to February 20 and the players' draft is expected to take place later this month. The PSL, on the other hand, is scheduled to start on January 27 and will clash with the eighth edition of BPL. The BPL governing council member Sheikh Sohail on Monday said the board is not worried about its league clashing with Pakistan's PSL as they are more concerned about the ongoing COVID-19 situation.

READ | Usman Khwaja now reckons PSL is equal to IPL and other leagues; sour grapes much?

WE RECOMMEND
PSL 2021 likely to be continued in May, PCB already on backfoot due to IPL 2021 clash
IPL suspension makes PSL 2021 franchises demand PCB to hold tournament in UAE
Faf du Plessis reveals major difference between IPL and PSL, says 'Standard is very good'
PSL franchises miffed with PCB over start of Kashmir Premier League
PSL 2021 NOT insured for pandemics by PCB, Pakistan cricket on the edge over huge losses
Listen to the latest songs, only on JioSaavn.com