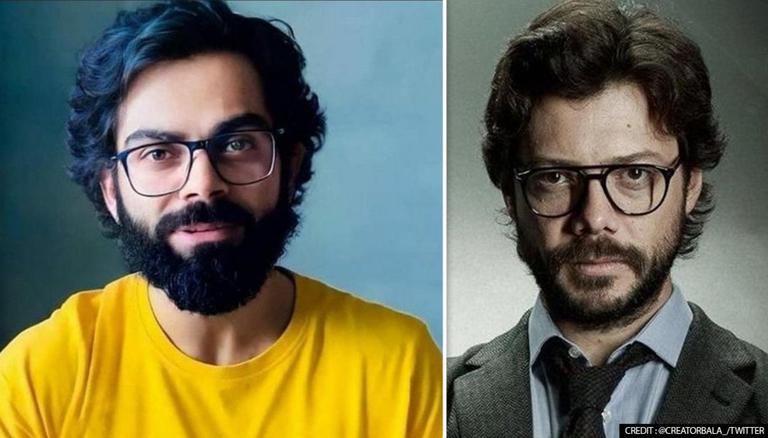 
Indian skipper Virat Kohli had social media buzzing once again, however this time it was not for his on-field antics. On Sunday, the 32-year-old's alleged 'quarantine' look vent viral on social media which the fans likened to Money Heist's 'The Professor' played by actor Alvaro Morte.

Sharing the image on Twitter, a fan said, 'Professor first look from Trophy Heist', referring to the upcoming ICC World Test Championship that is slated to be held on June 18.

The image drew a wide set of reactions with some thinking that the new Money Heist-inspired look by Virat Kohli was specifically for the June 18 ICC WTC Final while some thought it was a cross between Bobby Deol and Kohli.

Later the original poster revealed that the photo was photoshopped. Here is Virat Kohli's actual look before the editing.

Trumping over both Australia and England in the red-ball cricket, the Virat Kohli-led side is now faced with a tough challenge as they gear up to lock horns with New Zealand in the World Test Championship Final next month. The India V New Zealand match will be played at Southampton from June 18 to 22. India has already announced a 25-man squad for the all-important fixture.