Indian skipper Virat Kohli has announced that he will step down as T20 captain of Team India after the upcoming World Cup in the UAE. 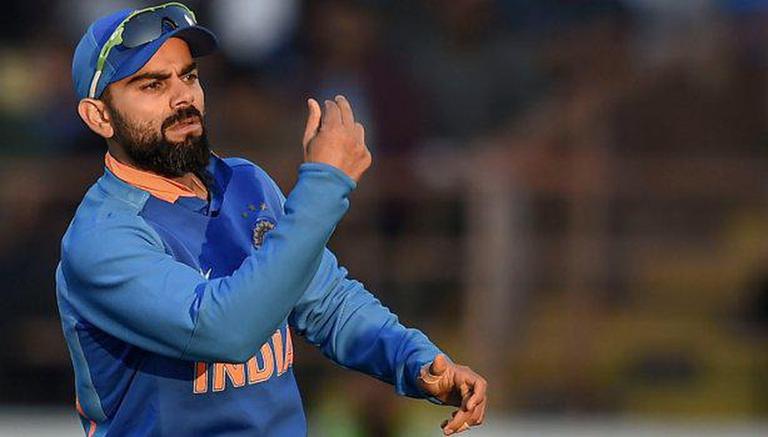 
Indian skipper Virat Kohli has announced that he will step down as T20 captain of Team India after the upcoming World Cup in the UAE. Kohli issued a statement on social media saying that he has spoken to BCCI Secretary Jay Shah and President Sourav Ganguly about his decision. The Delhi-born batsman further added that he reached the decision after a lot of thought and discussions with his "close people", including Team India head coach Ravi Shastri and vice-captain Rohit Sharma. Kohli said that he will continue to lead Team India in Test and ODI cricket and will play in the T20Is as a batsman.

Kohli said that his decision was prompted by immense workload pressure he has been under for the past 8-9 years, adding "I feel I need to give myself space to be fully ready to lead the Indian Team in Test and ODI cricket."

Netizens have flooded social media with comments expressing shock and dismay. "Unlucky that no T20 World Cup happened during early years of your captaincy when you were batting like an alien. Hopefully you end it on a high in this World Cup. Best wishes and congratulations on a highly decorated career as India's T20 Captain," one individual wrote.

I'm sure you must have thought about this before taking such a big decision. No matter what we will keep supporting till you play this game.

Let's win this @T20WorldCup and end the T20I Captaincy on a high.

Will miss you captain. 😭 pic.twitter.com/vhRQBzaTGf

Champ u r one in Generation player. A dream batsman for any nation. Let this decision make u much more stronger and bring us more glory. U will always be an captain who had a very important impact in Indian Cricket. 🙏❤️

You could have waited for next year’s T20 WC skip, but you must have thought something before taking this decision. We all fans respect what you’ve done in T20Is, as a batsman & also as a captain, and will continue to respect.
Lets win this T20 World Cup for him boys, @BCCI.

Earlier, several media reports had emerged suggesting that Kohli might step down as captain of Team India after the T20 World Cup. However, a BCCI official later clarified that the reports emerging about Kohli's captaincy are false and have no real basis. But Kohli shocked everyone with his sudden announcement on Thursday evening, where he said that he will step down as T20 captain of Team India after the World Cup and will only play as a pure batsman going forward. India's vice-captain Rohit Sharma is first in line to take over the charge from Kohli after the World Cup.