FCS vs SPB Dream11: Get all the match details, weather and pitch report and probable playing 11s for the upcoming Dream11 Vincy Premier League 2021 game. 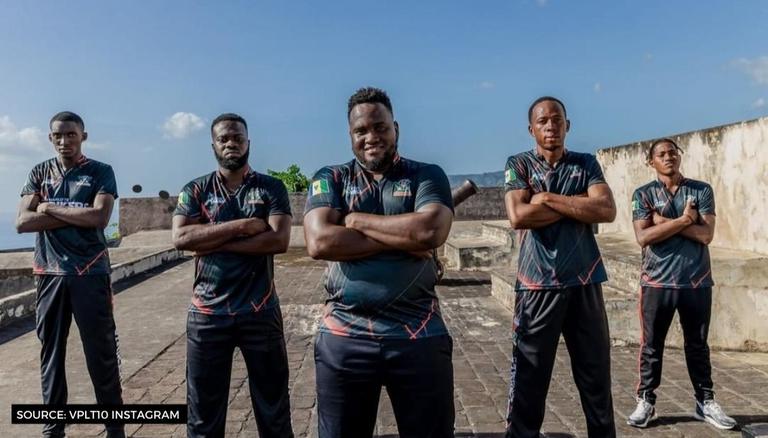 
The Fort Charlotte Strikers will take on the Salt Pond Breakers in the 1st eliminator of the Dream11 Vincy Premier League T10 2021. The match is set to begin at 11:30 PM IST (2:00 PM local time) from the Arnos Vale Sporting Complex, St Vincent on May 28, 2021. Here is our FCS vs SPB Dream11 prediction, team, and fantasy top picks.

Having just managed to make it to the playoffs, the 2019 champions and 2020 runners-up, the Salt Pond Breakers will go up against the Fort Charlotte Strikers in the first eliminator of the season. The Breakers have not had the best season, finishing 4th in the group stages, with just three wins and a massive five losses in the season. Coming into this game off of two losses to the Strikers in their group stage meetings, the Breakers will be hoping to finally get a win and go into the second eliminator.

Meanwhile, in the opposite fashion, the Fort Charlotte Strikers will come into the playoffs having closely missed out on a spot in the top two. The team collected 12 points from their six wins and two losses in the season but failed to best the Hikers and Explorers for a place in the top two due to their lower run rate. Now needing two wins to make it to the final - in this game and then against the winner of the qualifier - the Strikers will look to keep up their five-match winning streak and not finish their superb run with a 4th place finish.

Miles Bascombe (225), Sunil Ambris (222) and Gidron Pope (117) - currently the 2nd, 3rd and 12th batsmen in the tournament respectively - will be the top batsmen this game. With 8 wickets to his name, Sunil Ambris - the No.5 bowler in the league - will be the pick of the bowlers for the Breakers. Meanwhile, following behind him in sixth place with 8 wickets, Kirton Lavia will be the best bowler for the Strikers.

The pitch at the Arnos Vale Sporting Complex has been a bowling-friendly one through the series. With an average first innings score of 92 and almost 10 wickets falling in each game, we expect this match to have a score of 80-90. Going by previous matches and expected weather conditions, the captain winning the toss should choose to bat first. Accuweather predicts no rain during the game. The temperature is expected to be around 30°C, with 68% humidity and 35% cloud cover.

Sunil Ambris and Miles Bascombe will be perfect options as captain or vice-captain.

According to our FCS vs SPB Dream11 prediction, the Salt Pond Breakers are likely to edge past the Strikers and win this match.