In a picture posted on Twitter, the Finland Cricket team can be seen using eight players in the slip cordon during a European Cricket Championship match. 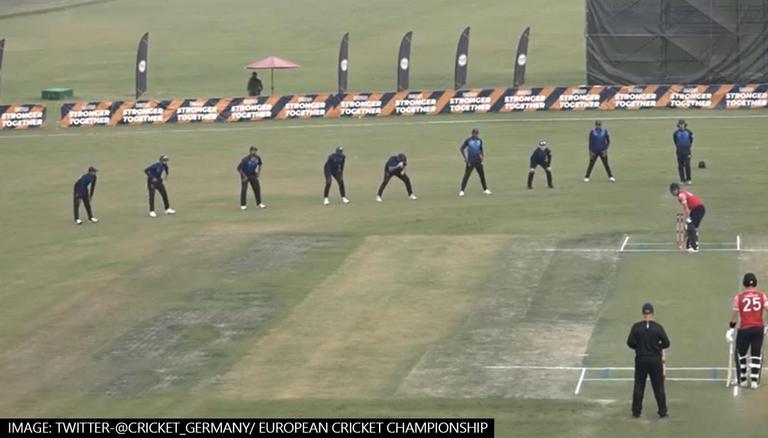 The European Cricket Championship is a group tournament in which various national teams across Europe compete with each other. In the 2021 edition of the European Cricket Championship, Finland and England XI find themselves in the Group C of the tournament, along with other teams including Germany, Italy, and the Czech Republic. Meanwhile, Twitter users on finding the tweet by Germany on September 30, expressed their bewilderment and in no time, the picture went viral.

A user expressed his desire to see the footage of the match between Finland and England XI, in order to see where the bowler bowls. Another user pointed out that such field placements can be seen during Test matches. At the same time, another user added that he would have also added a fielder at the gully, as the field placement currently looks a bit too defensive.

Does anyone has the video of this, wish to to see where the bowler balls ?

Saw a line like that in a Test Match once… 🏏

I would've put a gully in, a bit too defensive for my liking.

On the other hand, another user sarcastically mentioned that the team might be choosing their best fielder in slips by trying out the field position. Meanwhile, one of the users tried decoding the field placement by saying that the bowler must have full control over his bowling line, which would have given the captain enough confidence to use eight players in the slips. The user also added that if not for the above reason, the batsman facing the delivery must be having an off-side game.

Maybe they are choosing the best slip fielders 🤷‍♂️

Either bowler must have sublime control over his line dat gives an assurance 2 d captain of bowling side dat the bowler won't be bowling down to leg or d batsman who is facing a delivery only has a off side game. I don't find ny other reason besides these 2 that I mentioned above

Among the many reactions, a user wanted to know where the one fielder who is missing in the frame, is placed in the field. Whereas, another user compared Finland's field placement to that of Steve Harmison's while he was bowling at 7/12 against West Indies in 2004.

Love to know where they placed the other fielder...

Looks like Steve Harmison’s field when he was in the middle of his 7-12 spell against the West Indies. pic.twitter.com/maheuyvoK8