As far as India's second innings is concerned, the Virat Kohli-led side is leading by 230 runs at lunch with Rishabh Pant and Shardul Thakur in the middle. 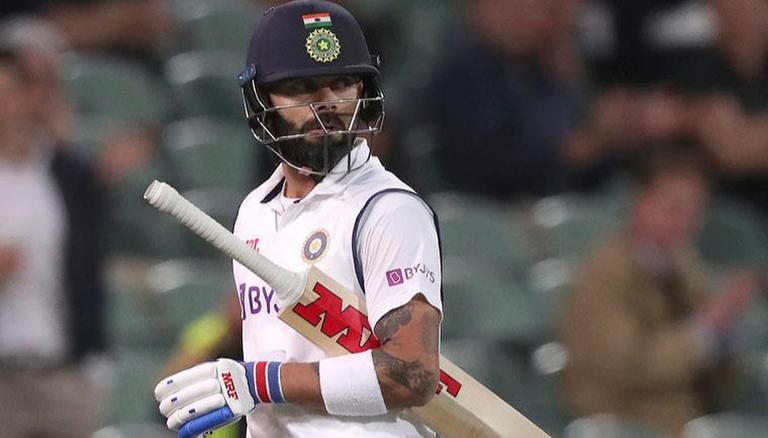 
Indian skipper Virat Kohli on Sunday looked unhappy as he went back to the dressing room after being dismissed for 44 runs in the fourth Test match. England spinner Moeen Ali, who pitched on the off-stump line and managed to get an edge off Kohli's bat, sent him back to the pavilion in his very first over of the day. Kohli was caught on camera punching a door to demonstrate his frustration as he returned to the changing area. Kohli's displeasure is understandable given the fact that he hasn't struck an international century since 2019 and was on track to do so today, September 5.

Virat Kohli was frustrated in dressing room like all of us after being dismissed. pic.twitter.com/pwqGbpXnIG

Kohli had made a half-century in the first innings of the ongoing contest before losing his wicket to an incredible delivery from Ollie Robinson. Kohli sailed through his 50 runs while the rest of the Indian top-order battled to make runs. Apart from Kohli, India all-rounder Shardul Thakur also contributed by making a 31-ball half-century when the team was in dire need of some runs. Courtesy of the two players, India reached a respectable total of 191 runs in the first innings.

As far as India's second innings is concerned, the Virat Kohli-led side is leading by 230 runs at lunch with Rishabh Pant and Shardul Thakur in the middle. India has amassed 329 runs in its second innings for the loss of six wickets, three of which fell down this morning. The game is currently wide open for both sides to win.

Rohit Sharma, KL Rahul, and Cheteshwar Pujara played a big role in taking the Indian side to 270 on Day 3, under what looked easy but difficult batting situations because of overcast conditions throughout the three sessions. While Sharma scored a beautiful century, Pujara batted well enough to reach another half-century in England. Kl Rahul contributed by making 46 off 101 balls. England batters had put up 290 runs on the board to secure a lead of 99 runs. England's lower-order batsmen contributed with some valuable runs. Ollie Pope and Chris Woakes both scored a half-century to help their side put up a good total on the board.

READ | England vs India: Michael Vaughan reveals what Kohli's men must do to win the Oval Test