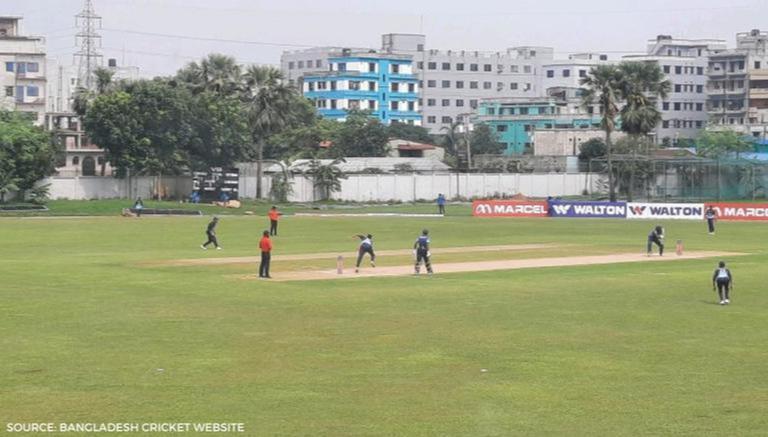 Gazi Group Cricketers and Brothers Union will clash in Match 41 of the Dhaka T20 Cricket League. The match will be played at the Bangladesh Krira Shikkha Protisthan No 3 Ground, Savar and is scheduled to start at 1:00 PM IST (1:30 PM local time) on Friday, June 11. Here is our GGC vs BU Dream11 prediction, GGC vs BU Dream11 team, GGC vs BU best team and GGC vs BU player record.

A total of 12 teams are currently battling it out for the ultimate championship in the T20 competition. Both Gazi Group Cricketers and Brothers Union have struggled to win matches on a consistent basis in the Dhaka T20 Cricket League. The Gazi Group Cricketers have managed to register just three wins from seven games, whereas the Brothers Union have claimed three victories after having played six matches this season.

The Gazi Group of Cricketers are currently placed at the seventh position on the points table and Brothers Union occupy fourth place. The clash promises to be an entertaining one with two crucial points up for grabs. The live telecast of the Dhaka T20 will be made available on the DSports channel for Indian fans. For the GGC vs BU scorecard and updates, one can keep tabs on the social media accounts of the teams.

The conditions will be cloudy in Savar on the match day, and there are also chances of rain interrupting the contest for a while. According to AccuWeather, The wind gusts will be around 11 km/h with temperatures hovering around 30 degrees Celsius. Despite the passing shower, both teams are expected to play the full quota of overs in the GGC vs BU opener.

The wicket at Savar is expected to be a balanced one that provides assistance for both batsmen as well as bowlers. The batters will need to get their eye on the pitch before attempting to play big shots as they will find it difficult to up the ante right from the word go. Furthermore, the fast bowlers are likely to play a major role considering the conditions. The captain winning the toss could be inclined to bowl first on the strip.

The Gazi Group Cricketers have a number of prominent players on their side who have proved their mettle in the shortest format in international cricket as well. The likes of Mahmudullah, Mahedi Hasan and Soumya Sarkar are expected to be the top performers for the team in their upcoming clash. For Brothers Union, all the eyes will be on Alauddin Babu and Mizanur-Rahman.

As per our GGC vs BU Dream11 prediction, Gazi Group Cricketers will come out on top in the GGC vs BU opener.