The ICC has honoured the brilliant cricket career of the iconic Australian fast bowler Glenn McGrath followed by a tribute given by other cricket legends. 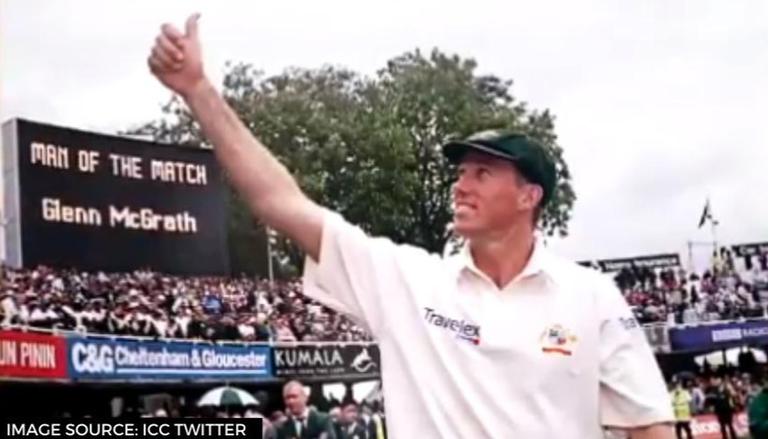 Former Australian bowler Glenn McGrath is one of the most celebrated fast bowlers in the history of cricket. Known for his fierce bowling attack, McGrath has made his mark on the Australian cricket circuit through his bowling career. The International Cricket Council (ICC) has recently honoured the brilliant cricket career of the Australian fast bowler followed by a tribute given by other cricket legends.

The International Cricket Council (ICC) took to Twitter on Tuesday to honour the brilliant cricket career of Glenn McGrath through a video tribute that featured many cricket legends. Former cricket players like Jaques Kallis, Graeme Smith, Michael Vaughan, Mahela Jayawardene and Mike Atherton recollected the impact of Glenn McGrath on the field who is also inducted into the ICC Hall of Fame. Former South African all-rounder Jaques Kallis considered McGrath as one of the best bowlers of his time while Graeme Smith said that McGrath managed to land the bowl in areas that led to so many questions for the batsman, signifying his bowling variation on the pitch.

“From 22 yards with the red ball or white ball in hand he was a nightmare."

Graeme Smith also said that not many batsmen were able to get on top of McGrath during his time. Former English cricketer Michael Vaughan remembered McGrath as a nightmare while facing him from the 22 yards whether it was with the red or white ball. Another former English cricketer Mike Atherton said that McGrath was instrumental in making Australia a champion team during his career. Mahela Jayawardene also addressed the brilliance of McGrath saying that the Australian unit during McGrath’s time was always tough to face since it was such a good unit.

Glenn McGrath's career in the international circuit began when he made his Test debut against New Zealand on November 12, 1993, and later made his ODI debut in the same year against South Africa on December 9, 1993. For the longest time, McGrath's record of 26 wickets in the 2007 World Cup was registered as the most number of wickets in the World Cup edition until it was broken by Mitchell Starc in 2019. His record also includes dismissing the most number of batsmen for ducks in Test cricket with 104 wickets. For his contribution, McGrath was inducted into the ICC Hall of Fame on January 4, 2013.