India's cricket fraternity raised a toast to veteran off-spinner Harbhajan Singh as he called time on his career on Friday, with bigwigs such as Sachin Tendulkar describing his journey a fulfilling one. 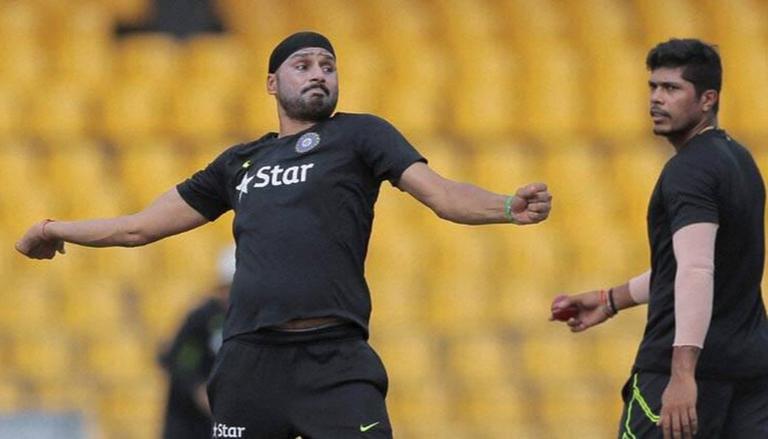 
India's cricket fraternity raised a toast to veteran off-spinner Harbhajan Singh as he called time on his career on Friday, with bigwigs such as Sachin Tendulkar describing his journey a fulfilling one.

Harbhajan, who last played for India in March 2016 in a T20 against UAE, had been contemplating retirement on a highly successful international career for quite some time now.

READ | Harbhajan Singh: I have no regrets when I look back, gained more than what I lost

"What a wonderful & fulfilling career, Bhajji! I first met you at India nets in '95 - over the years, we've been part of wonderful memories.

"You have been a great team man, playing with all your heart. Both on the field and off it - it is always fun to have you as part of any team. I cannot forget all those moments of laughter," Tendulkar wrote.

"You have done your best for India in your long career, we are all very proud of you. Wishing you happiness and success in the 'doosra' phase of your career," he added.

READ | Harbhajan Singh breaks silence on joining politics, says 'I want to give back to society'

India head coach Rahul Dravid said that the hallmark of Harbhajan's career has been his fighting qualities.

"Harbhajan had many ups and downs in his career but he has always come out fighting. Great competitor and a great team man, someone you wanted to go to battle with. Obviously, one of those great performers for India," Dravid told bcci.tv.

"To be a great sort of partner along with Anil Kumble, part of so many of our great wins during that period, its pleasure and privilege to play alongside him. Hughlight of BHajji's career was 32 wickets and just to see the way he came back after being dropped from the team, the way he carried that attack in absence of Anil Kumble was phenomenal," the 'Wall' said.

READ | What inspired me most about Harbhajan was his hunger to perform: BCCI president Sourav Ganguly

"I cherish all those moments with you and how you backed me to the hilt when I came into the Indian team. We share a great friendship off the field," Kohli added.

India opener Shikhar Dhawan tweeted "Congratulations on a wonderful career Pajhi Your contribution to cricket has been immense and it was a pleasure to play alongside you. Enjoyed our great moments together on and off the field. Wishing you luck for your next innings @harbhajan_singh,".

Hearty congratulations to my great mate @harbhajan_singh on a remarkable career! A tremendous exponent of off-spin, a gifted batsman and a true competitor who fashioned many a wonderful Indian victory. Best wishes for the future, Bhajji, go well! pic.twitter.com/xEMTpGBru3

Former Indian pacer, S Sreesanth, who was in tears after Harbhajan had allegedly slapped him on-field during an IPL match in 2008, labelled the spinner as the best in the world.

@harbhajan_singh Ur gonna be the one of the best ever played cricket not just for india but in world of cricket..it’s a huge honour to know u and to have played with you b bhajjipa ….will always cherish the lovely hugs( lucky for me ) before my spells ) lots of love and respect pic.twitter.com/5IgYJk4HcD

Following is the compilation of the reactions by other current and former players.

*KL Rahul: "He was a great spinner for India and youngsters like us came in the team, he was very supportive and welcomed us."

*Kuldip Yadav: "A legend of the game and a match winner for our country Thank you @harbhajan_singh Paaji for your guidance and helping me with my game. You will be missed. Best wishes."

*Parthiv Patel: "More than a truly great player, Bhajju Pa was always a big brother for all the juniors.@harbhajan_singh would make us laugh all the time and was someone who always made the dressing room like our home. Best wishes in your new innings. #harbhajansingh."

*Pragyan Ojha: "Congratulations bhajju pa on a splendid career, something that the entire country is proud of. Wishing you the best for the future endeavours. Also a big thank you for being an inspiration to many budding young spinners. God bless you and the family!"

*Umesh Yadav: "One of the finest to represent who won so many games for the nation. Best wishes Bhajju Paa on your retirement @harbhajan_singh."

*Mayank Agarwal: Congratulations @harbhajan_singh for a wonderful career. I remember as a kid watching you take that hattrick against Australia in 2001. Thank you for the great memories Bhajji paa. I wish you best for the journey ahead."

*Suresh Raina: "Your contribution to Indian cricket will always be cherished, @harbhajan_singh paaji wishing you all the best for your future."

*Gautam Gambhir: Those who say cricket is becoming a batsman’s game should look at your career. You’re a true superstar @harbhajan_singh!

*Irfan Pathan: Happy Retirement brother @harbhajan_singh You have been an absolute legend. Always loved your aggression on the field. It was pleasure playing for India alongside you. My favourite memory of us is winning the world t20 and VB series for India!

*Yuzvendra Chahal: Congratulations Bhajji paa on an amazing career. Thank you for always supporting me like a big brother. Best wishes for the future @harbhajan_singh paaji