Harbhajan Singh in the image can be seen alongside former Pakistan cricketer Hasan Raza and a shirtless current South Africa cricketer Imran Tahir. 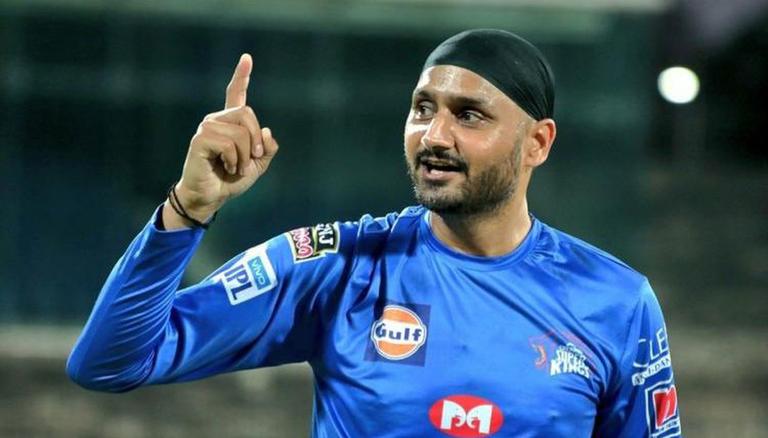 
Veteran off-spinner Harbhajan Singh has had a decorated career both in international cricket and franchise cricket.  Having made his India debut in 1998, Harbhajan has gone on to win ICC trophies under the leadership of MS Dhoni and has won IPL titles with Mumbai Indians. On Friday, the 41-yar-old cricketer decided to go down memory lane and shared an image from his Under 19 days with cricketers from Pakistan.

Harbhajan Singh shares an image from U-19 World Cup

Harbhajan Singh on Friday took to Twitter and shared a picture from his U-19 days, and asked fans to guess the name of the two players alongside him. In the picture, Harbhajan can be seen alongside former Pakistan cricketer Hasan Raza and a shirtless current South Africa cricketer Imran Tahir. The picture was clicked during the 1998/99 U-19 World Cup, which was played in South Africa.

Imran Tahir played Pakistan at the junior level before switching his loyalty towards the South African cricket team across formats. He has represented the Proteas in 20 Tests, 107 ODIs and 38 T20Is. Hasan Raza, on the other hand, represented Pakistan between 1996 and 2005, playing 7 Tests and 16 ODIs.

Talking about Harbhajan Singh retirement, the cricketer is yet to hang up his boots but there are reports that he is likely to announce it sometime next week. It has been also reported that the 41-year old could be seen as a key member of the support staff in one of the franchises.

READ | Harbhajan Singh names player who will be 'India's No. 1 bowler' in future

While speaking to PTI on the topic, an IPL source said, "Look, Harbhajan wanted to make a formal announcement of his retirement after the season is over. He has had extended talks with one of the franchises which have shown keen interest but he would like to talk about it only when the deal is formally inked."

He further said, "The role could be that of a consultant, mentor or part of the advisory group but the franchise with which he is talking are keen to use his vast experience. He will take an active part in also helping the franchise decide on their auction picks."

Harbhajan was rarely featured during the 2021 edition of the tournament as he played a few matches during the first phase but did not play a single game during the UAE leg of the competition.