Harbhajan Singh Unhappy With Sheldon Jackson's Exclusion: 'What Else He Needs To Do'

Harbhajan Singh has expressed his disappointment with selectors of the Indian team after the squad for the T20 series against NZ was announced. 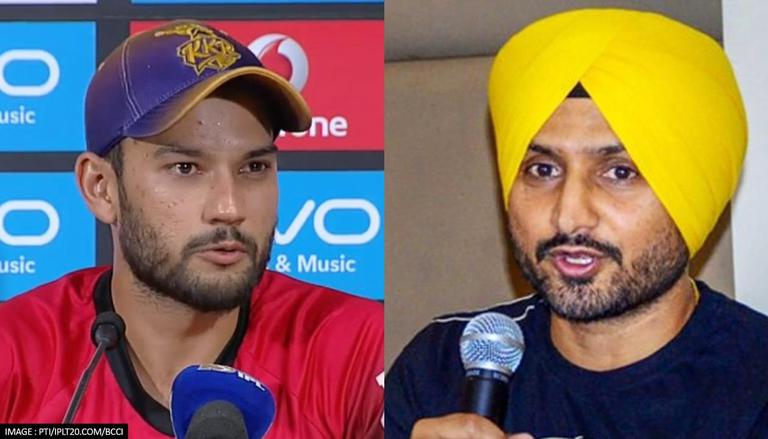 
Former Indian cricketer Harbhajan Singh took to his official Twitter handle on Tuesday following the announcement of the 16-men Indian team for the upcoming T20 series against New Zealand. India head into the series under the mentorship of the new head-coach Rahul Dravid, while Rohit Sharma takes the baton over from Virat Kohli as the new T20I captain of the team. Meanwhile, the former off-spinner made his disappointments with the non-selection of Saurashtra batter Sheldon Jackson clear by asking the selectors some tough questions.

In his tweet, Harbhajan mentioned Jackson had scored 854 runs in the Ranji Trophy 2018-19 season and 809 runs in the 2019-20 season, while also going on to become the Ranji Champion that season. Citing the batter’s current form, the off-spinner added Sheldon Jackson not getting picked even for the Indian A team raises questions for the team selectors, as to what else does he need to get into the team.

Ranji season 2018/19 scored 854 and 2019/2020 scored 809 and also Ranji champion that year plus this year current form👇yet not getting picked even for India A team.can 🇮🇳selector tell him what else he need to do to ply for india apart from scoring runs #shame @ShelJackson27 pic.twitter.com/HcwQDwhGsZ

How has been the performance of Sheldon Jackson?

The 35-year-old Sheldon Jackson has been a permanent part of the Saurashtra team for many years now. He has scored more than 5,500 first-class runs while playing in Indian domestic cricket. The wicketkeeper batter has got very limited opportunities to ply his trade at a higher level. Jackson also has found himself in the IPl squads of many franchises in the past, and currently, he is a member of the Kolkata Knight Riders (KKR) who returned from Indian Premier League 2021 as the runner ups. His constant exclusion from the Indian senior or A team has certainly led Harbhajan Singh to post the tweet to put his case forward. At the same time, India head into the T20I series on November 17 with a new-look team. Rohit is set to lead the team as KL Rahul has been promoted as the vice-captain of the squad.