Many people on social media, however, came to Bhogle's defence and praised his use of the "Chinese virus" instead of the COVID-19 disease. 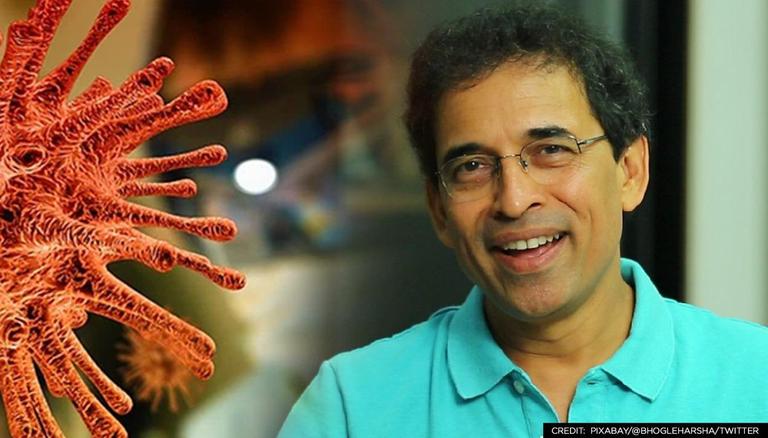 
Harsha Bhogle, an Indian cricket commentator, has issued an explanation for labelling the COVID-19 disease as a "Chinese virus." Bhogle had earlier tweeted referring to the COVID-19 disease as a "Chinese virus" while sharing the news about seven England ODI players testing positive ahead of the Pakistan series. When netizens began to flood the comment section to remind Bhogle of India's stance on naming viruses, the commentator defended his tweet by mentioning the use of names for South African, Brazilian, and Indian variants by the country of origin.

I noticed the use of the South African variant, the Brazil variant and the Indian variant. I guess it is the norm to refer to something by the country of origin. https://t.co/GHb4bbmaBX

Many people on social media, however, came to Bhogle's defence and praised his use of the "Chinese virus" instead of the COVID-19 disease. Netizens applauded Bhogle for referring to the virus by its country of origin rather than taking the diplomatic route to be safe. A social media user even urged Bhogle not to retract his comments under any kind of pressure. "Glad to note the correct Prefix usage. Now plz don't publish any apology as an afterthought," the user wrote.

Interesting that you are calling it a Chinese virus. but a lot of people don't have courage mean they afraid to call it the Chinese virus.

You call indian ,uk,african virus ,but its absolutely Chinese virus ,can anyone demand reparations from china for what they did

Your commentary and comments are live facts narrated. Really not everybody have courage to call Chinese's virus by its name.

The Chinese virus 🦠 is here to stay for a long long time...

The England Cricket Board (ECB) on Tuesday confirmed that seven members of their Men's ODI team have tested positive for COVID-19. The ECB, in a press release, stated that three players and four members of the support staff have returned positive COVID results following RT-PCR tests on Monday. The ECB further confirmed that the upcoming ODI and T20I series against Pakistan will go ahead as scheduled with Ben Stokes leading the England side in absence of regular skipper Eoin Morgan.

England is slated to play three one-day internationals and as many T20I matches against Pakistan, starting July 8. The Pakistan national team led by Babar Azam has already arrived in the United Kingdom, where they are getting match-ready for their upcoming series against the hosts.

WE RECOMMEND
TIME raged when Trump said 'Chinese Virus'; squeamish with India blocking 'Indian variant'
'All COVID-19 variants should be tagged China': Netizens on geo-tags on virus strains
Jwala Gutta receives racist comments on grandmother's death, asks 'Where are we headed?'
Harsha Bhogle calls COVID-19 a 'Chinese virus' and the internet is in roaring appreciation
India-China relations in a post-COVID-19 world