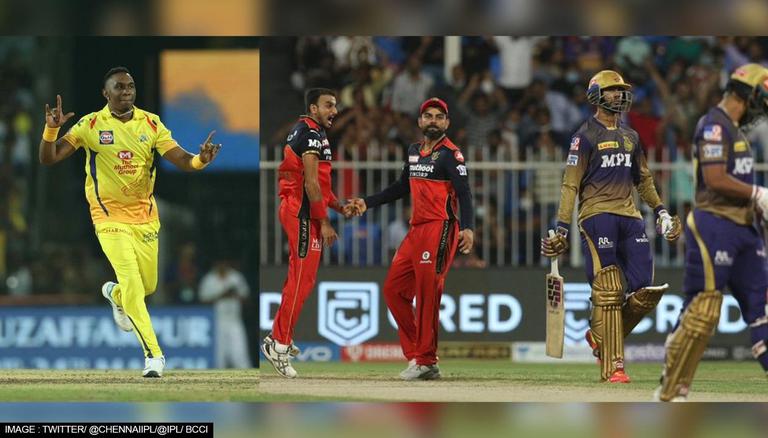 
Harshal Patel was once again on fire during Royal Challengers Bangalore's (RCB's) eliminator match against the Kolkata Knight Riders (KKR) on Monday as he picked up two more wickets.

Harshal dismissed Shubman Gill in the last over of the powerplay before picking up the wicket of Venkatesh Iyer in the last ball of the eleventh over. Iyer's wicket helped the in-form RCB bowler to equal Dwayne Bravo's record of picking up the most wickets in an IPL season (32). Bravo picked up 32 wickets in the 2013 edition of IPL for the Chennai Super Kings.

Harshal Patel dismissed Shubman Gill via a slow cutter as AB de Villiers took a catch to complete the dismissal. The ball was pitched up and Gill, who attempted to dance down the pitch, only managed a slice with his bottom hand. The ball fell into the safe hands of de Villiers at mid-on. Gill was dismissed for 29 runs off just 18 deliveries.

As for his second wicket, Harshal dismissed Venkatesh Iyer via caught behind. He bowled a short ball on the leg side, which Iyer attempted to pull, and only got a faint edge. Srikar Bharat took a decent catch while diving to his right to complete the dismissal. Iyer was out after scoring 26 runs from 30 deliveries.